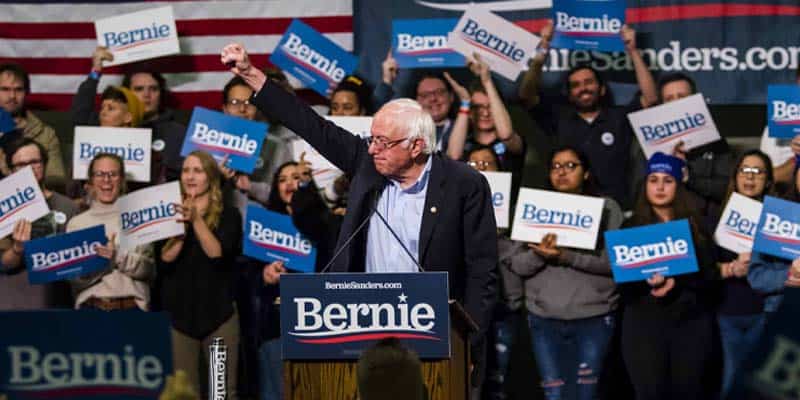 Individual Donors Should Be The Only Debate Requirement

There’s been a lot of discussions recently about the Democratic National Committee’s thresholds that 2020 candidates must meet to qualify for the primary debates.

And while the rules have been known from the outset, that doesn’t justify how archaic and unfair the current debate requirements are to both the Democratic favorites and underdogs.

Most importantly: The current qualifications do not fully represent the will of the people—the biggest injustice to the entire debate process.

So, how do we fix it? Easy: Only use the unique individual donor threshold.

Here’s why, but first, some context.

To make the sixth Democratic debate on Dec. 19, candidates have until 11:59 p.m. ET on Dec. 12 to reach thresholds that include 1) 200,000 unique individual donors, with a minimum of 800 donors from at least 20 states and 2) 4% support in four national or early-state polls or 6% support in two early-state polls from DNC-approved polling organizations.

The DNC’s raised thresholds—the November debate required 165,000 donors and four 3% national polls and two 5% early-state polls—means several candidates may not make the cut this time around.

Tulsi Gabbard, Cory Booker, and Julián Castro have all met the donor threshold but are short in qualifying polls. Gabbard, who recently said she wouldn’t attend the debate even if she qualifies, is the closest and needs only one more of either poll. Booker and Castro have zero polls.

So, what’s the problem?

The issue with the DNC using polls—and only specific polls that they themselves approve—for debate qualification is that, unlike donations made by real people, surveys are not an exact science at all.

In a way, donating to a presidential campaign is a lot like betting on the 2020 election odds at sportsbooks or prediction markets. Both are essentially investments made with the hope of a return from a future outcome and require a vote of confidence.

While bettors place wagers for a monetary return, individuals donate for a return on campaign promises to solve the most pressing issues facing America today.

But both bettors and donors have something else in common: The risk of losing.

Poll respondents have nothing to lose because they have no “skin in the game.” Whether it’s by phone or online, there’s nothing keeping likely voters honest about how they feel toward a specific candidate.

Sure, the majority of people responding act in good faith, but there’s a margin of error in polls for a reason.

An even more egregious example of why polls shouldn’t be used is the impact of billionaire Michael Bloomberg’s $100+ million TV ad buys.

Bloomberg can’t make the debate stage because he isn’t accepting donations, but his net worth of around $50 billion has allowed him to reach 4-5% in the polls solely from appearing in people’s living room regularly over the past two weeks.

Most people still aren’t paying attention to the race, so appearing on TVs across the country will influence people to say they support Bloomberg solely from name recognition.

Donors only contribute money because they feel strongly about what a candidate stands for. After all, donating to someone who doesn’t share your view is literally betting against your own beliefs and how you want to see the country move forward.

Today, grassroots fundraising is the most critical metric of success for presidential campaigns. Building a dedicated coalition of American voters who back your campaign is the toughest hill any candidate must climb.

The number of individual donors financially backing a campaign should be the sole factor that determines whether a presidential candidate makes the debate stage and earns the national spotlight in front of millions of Americans.

Polls can be a useful tool for seeing what the country is thinking at any point in time, but they are relied on far too heavily and, ultimately, skew our perception of who’s actually amassing support.

In other words, polling requirements undermine the individual donors because it puts “feels like supporting” and “definitively supporting” on equal footing.

If the DNC continues to believe polling numbers are a vital debate requirement, then they might as well hand Joe Biden the nomination right now because polls are the only aspect of the 2020 race where he’s actually leading.

Because if you look at which Democrat has the most individual unique donors—which should determine who’s center of the stage—the title of “frontrunner” has been unquestionably earned by Bernie Sanders.