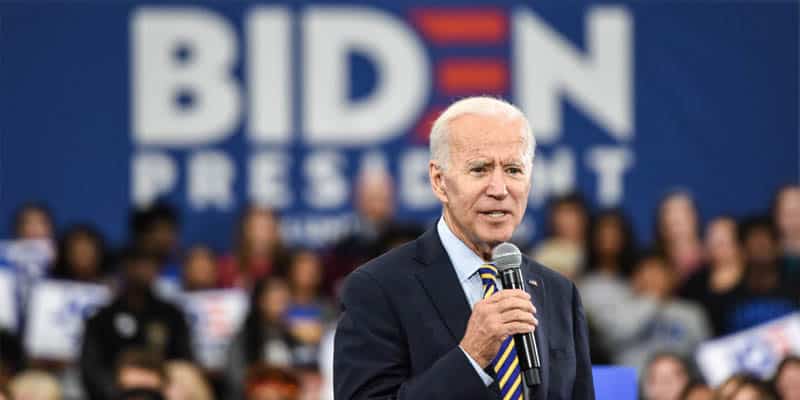 Joe Biden, perhaps more than any candidate in history, routinely takes one step forward and one step back immediately after showing the slightest hint of progress.

One might even call his behavior “chronic” in terms of a medical condition—definitely no association with him opposing the legalization of marijuana.

Regardless, Biden, for better or for worse, has the name recognition that may carry him through the primary season.

Last week, I wrote about how his nominee odds were heavily unvalued, making him easily the best bang-for-your-buck bet at this point in the race, especially when you consider his continued dominance in the polls in South Carolina, Nevada, and nationwide.

The 2020 Democratic nomination odds had Biden’s chances at +350, which means a $100 bet wins $350 should he become the nominee. When converted to an implied probability, we see that he was given a 22.22% chance—far below his actual chances.

And when looking at today’s listing, Biden’s Democratic nominee odds have changed, with the oddsmakers now listing him as the sole-favorite to win the 2020 primary.

Biden is now listed at +275 odds, which means he has a 26.67% chance of facing Donald Trump in the general election.

The former VP’s chances should be closer to +200 odds, 33.33% chance, at the very least. Maybe even higher because unless he bombs in Iowa and New Hampshire, he could potentially coast through South Carolina, Nevada, and even Super Tuesday.

At this point, the only person standing in Biden’s way is Biden himself.

And his gaff over the weekend may end up hurting his 2020 presidential election odds should he become the one that faces Trump.

Regardless of your stance on immigration, Biden telling a protestor that “You should vote for Trump” and then turning his back on someone, who asked a question respectfully, is overall a horrible move from just a political point-of-view.

Rojas and other protesters from the group were criticizing Obama-era deportations and asked Biden to say he’d end all deportations — which he rejected. pic.twitter.com/od188WIlrQ

Adding to his display of disrespect, Vanessa Cárdenas, the most senior Latina staffer for Biden’s 2020 campaign, resigned on Monday because the former VP continually dismissed her input on immigration.

One thing is clear: You can bet that Trump’s 2020 campaign is saving all of this damning evidence and will launch an all-out advertising assault on Biden should he become the Democratic nomination.

This is why, at this point in the race, betting on Biden to win the nomination is a pretty safe bet, but a wager on him to win the White House is anything but that.