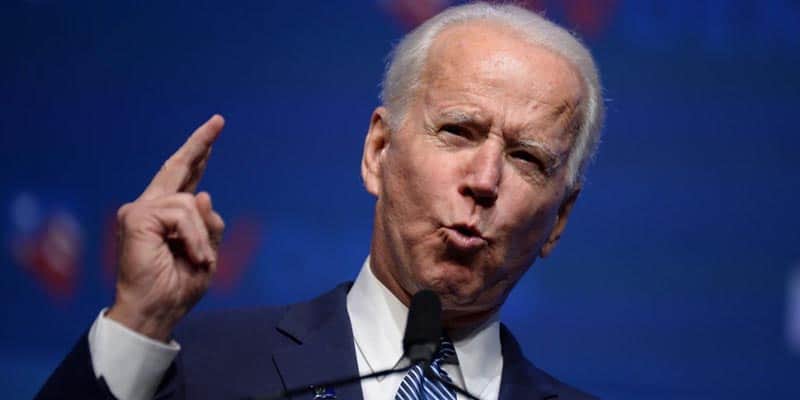 Joe shows no signs of slowing down in South Carolina.

And no other Democrat contender for the nomination is even close, according to the latest polls from Quinnipiac University and the University of North Florida released on Monday.

In the Quinnipiac poll, Biden checked in at 33%—20 percentage points ahead of Elizabeth Warren. Bernie Sanders is the only other candidate to reach double digits with 11% support.

The UNF survey showed an even bigger lead for Biden in South Carolina, receiving 36% support with Warren and Sanders tied at 10%.

However, Biden’s biggest demographic lead is among African American voters in South Carolina, where 44%—in both polls—said they support the former Vice President under President Barack Obama.

Both Warren and Sanders polled 10% and 8% in each of the two surveys among likely black voters. Interestingly, billionaire Tom Steyer actually hit 10% in the Quinnipiac poll.

Pete Buttigieg, who leads Iowa and polls strongly in New Hampshire, registered poorly again in South Carolina. Overall, he received 6% and 3%, but his support among African Americans came in at 1%, and 0%—and recent revelations might hurt his overall support as well.

We’ve noted how important both the black vote in South Carolina and black voter turnout are for any Democrat who wants a chance at winning the state and the general election further down the road.

South Carolina, the third stop during primary election season and when voter bases begin to diversify, saw black vote accounted for 60% of the Democratic electorate in 2016. Overall, African Americans are 25% of the nationwide electorate.

This is one of the biggest reasons why I believe Biden’s nominee odds, which currently sit at +350, 22.22% implied probability, are incredibly undervalued at this state of the 2020 race.

His only weaknesses appear to be Iowa and New Hampshire because after those states, he tends to dominate in South Carolina, and Nevada—polling at 29% with a 9-point lead, according to the average on RealClearPolitics.

His RCP average nationwide support has dipped since announced in the Spring, but Biden still polls at 27% and holds a commanding 7-point lead across the country.

For these reasons, and for the current potential payout ($100 bet wins $350), Biden just might you best bet before the November Democratic debate tomorrow in Atlanta, Georgia.