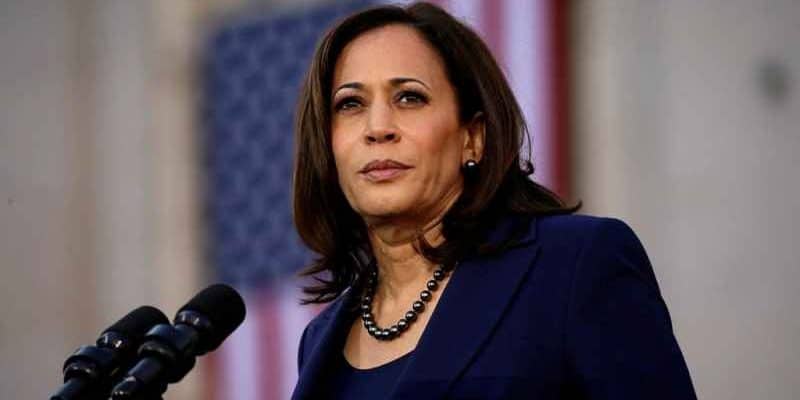 Well before President Biden was elected as the 45th POTUS, there were concerns regarding his physical and mental well-being and whether he had the stamina for a four-year term at his advanced age of 78.

Biden took longer than usual to announce his Vice-Presidential running mate, and for good reason. His campaign was also aware of a potential health decline, which meant that their VP selection would need to be someone that voters felt comfortable with in the role of Commander-In-Chief.

The 2024 Presidential Election odds at the top online political sportsbooks now favor Kamala Harris over any other candidate, and if this prediction is correct, she will be the first female in the history of the United States to ascend to the Oval Office.

The odds for Kamala Harris to become the next President are the most favorable out of any candidate currently up for consideration, but no matter which book you opt to do business with, winning bets are paying out at a minimum of 4 to 1.

The election odds get a lot tighter when winnowed down to the potential Presidential nominees for the Democratic Party in 2024. Harris still holds the edge in the money line, but Biden is pulling much closer than he is on the overall Presidential line.

Also worth noting is the inclusion of US Representative from New York, Alexandria Ocasio-Cortez, among the betting odds to become the next DNC nominee for President in 2024.

Each sportsbook is offering AOC election odds that place her as high as third overall, but the variance in the money line is currently at 200 points.

This illustrates the importance of belonging to more than one online sportsbook that caters to election outcomes because it allows for the customer to select the money line that pays out the highest.

A $100 wager on AOC to become the next DNC Presidential nominee at Bovada will payout at $1400, while the same wager will earn $1200 at BetOnline.

Of the money line odds that we’ve posted on this page, the surest bet available is the +150 offered for Vice-President Kamala Harris to represent the Democratic Party during the 2024 Presidential Election cycle.

The following political prop bet provides all the insight bettors will need to know for the rationale that oddsmakers are using to place Harris as the favorite.

Will Biden Complete His First Term As US President?

Although the above line favors President Biden to finish his first term, the fact that there are odds at all casts doubt on whether or not it will occur. The +135 money line for a result of “no” translate to a 43% chance of him not wrapping up his first four years.

The odds will improve for Joe Biden as he comes closer to completing his term, so if you’re a bettor with a strong hunch either way, it is recommended that these lines be taken advantage of as soon as possible.