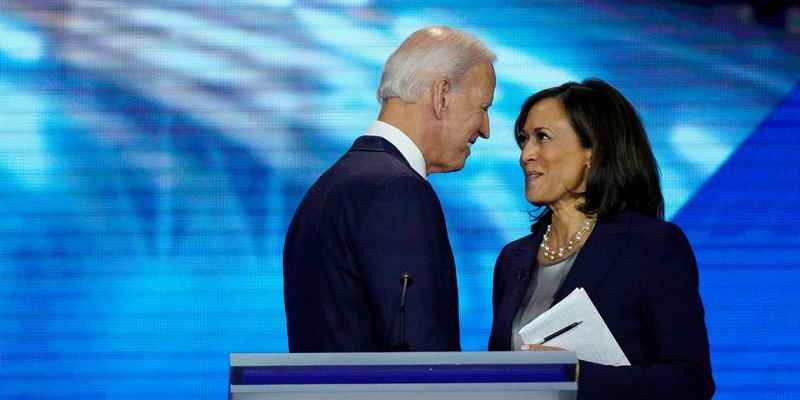 In a little over three months from now, the nation will gather at ballot boxes and submit their vote for the next President of the United States.

The Coronavirus is still raging across the country, with upticks experienced in more states than not. However, nothing will stop the progress of the Presidential campaign trail. But still, for some reason, Joe Biden has not selected his Vice-Presidential running mate.

US Senator from California Kamala Harris has been in the lead in the Vice President selection odds for many weeks now. She was a member of a final four that was vetted by Biden’s campaign recently that also included US Congresswoman from Florida Val Demings, former US Ambassador to the United Nations Susan Rice, and Atlanta Mayor Keisha Lance Bottoms.

Now it would seem that there was no home run selection among the final four candidates and that the search continues on.

A recent addition to the fray is US Senator from Illinois Tammy Duckworth who had a recent Twitter sparring match with FOX News host Tucker Carlson.

US Representative from California Karen Bass is a relative newcomer among top VP betting options. She has been added to Biden’s official review process, but per a report from Politico, Bass is now walking back statements she made regarding former Cuban dictator Fidel Castro.

In reference to Castro on the day that he passed away, Bass called him the “Comandante en Jefe,” or the Commander in Chief, a statement she has decided to retract now that she is in consideration to become Biden’s Vice President.

The following VP betting odds have been provided by Bovada Political Sportsbook.

So after nearly six weeks of Biden’s team reviewing potential candidates, why haven’t they made a selection. More importantly, why hasn’t that selection been Kamala Harris?

One item that critics of her selection point to is how she and Biden clashed during the primary debates when Harris was running for President.

These behaviors have brought Harris’s potential loyalty to Biden into question and are what could be keeping other contenders in the hunt. Her comments regarding Biden’s past voting record lightly accused him of racism, citing that he gave segregational Senators a pass during his tenure.

Considering the current state of unrest regarding civil rights and racial equality, perhaps Biden might want to think about choosing someone that is on the same page as he is on those issues.

There have been reports of staffers in Biden’s campaign lobbying for non-Harris candidates, and that there is a swell of support for leaving Kamala off of the campaign ticket this November.

With all things considered, perhaps Harris is the wrong choice. The rumors, combined with the length of time the selection process has taken, all decrease the chances of Harris being chosen.