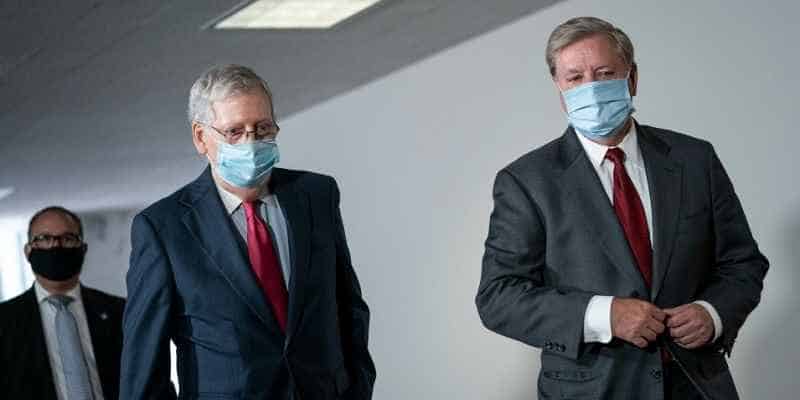 For some reason, betting lines for which political party would control the US House of Representatives and the US Senate disappeared from international sportsbooks over the past few weeks.

The DNC has had a stranglehold on control of the US House since they gained a majority during the 2018 election cycle, a grip that oddsmakers found to be too tight. So tight that the betting line didn’t create enough interest for gamblers to lay action on it.

An intriguing line produced over the spring months offered US Senate odds on whether the GOP could retain control. As Joe Biden’s odds to become the next POTUS began to rise, so did the Democratic Party’s chances of attaining a Senate majority.

After months of the DNC holding a strong lead in the Senate majority odds, the line was removed as well. Was it because the odds weren’t receiving action? We’re not sure, but it seemed to occur right around the same time that Donald Trump’s reelection odds began to improve.

Pundits in Kentucky were predicting that Amy McGrath would give Senate Majority Leader Mitch McConnell a run for his money, but the polls now suggest a commanding lead for the GOP’s top Senator. McGrath seems to be on life support now and recently replaced her campaign manager midstream.

Although there are no betting odds on Senator McConnell at the moment, all signs point to a comfortable victory. The same cannot be said for McConnell’s main man and the second most powerful Senator on Capitol Hill, Lindsey Graham.

Although the polls grant Senator Graham a slight lead over challenger Jaime Harrison, he is facing the closest race he’s been a part of since the 1990s. Yahoo! News is reporting that Harrison has spent over $2 million on Facebook ads since April 22.

These ads have targeted Graham as a flip-flopper who bows to party leadership, no matter who they are and what differences they have had in the past.

Harrison’s campaign has raised the third-highest amount of money among DNC Senatorial candidates in 2020.

Incidentally, Graham’s campaign has spent the second-highest amount of money on Facebook ads with just over a million invested.

Although the polls between Graham and Harrison are near even, the odds for a Republican to win the South Carolina vote in 2020 are very slim. The same can be said for Kentucky.

These odds are not a clear indicator of which direction the vote will go for McConnell or Graham, but as you can see, the cards are heavily stacked in the favor of the GOP in their regions.

Since it looks like McConnell’s reelection is a sure thing, and that the Republicans will likely retain control of the US Senate, GOP leadership will remain the same after all votes are counted on November 3rd.

Unseating Lindsey Graham would send a message and create for a large shift in the Senate if Harrison can rally and win. This would serve as a nice consolation prize for the DNC if they cannot take control away from the Senate Republicans.