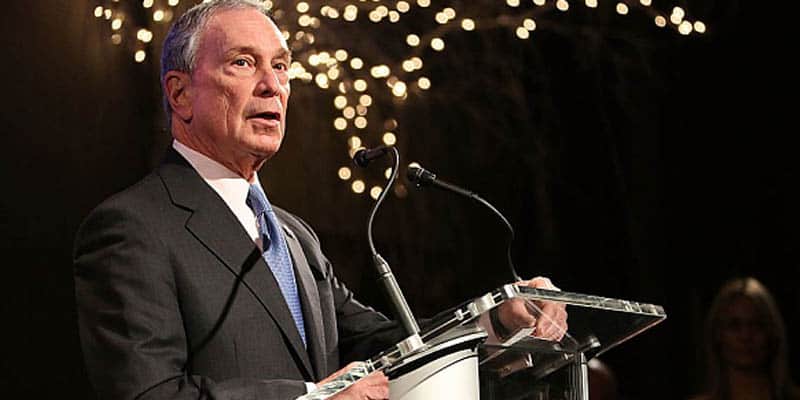 They say money can’t buy happiness. But maybe it can by a spot in the Oval Office.

Michael Bloomberg, the former billionaire mayor of New York City and media mogul, officially announced his campaign for the 2020 Presidential race yesterday. According to his Twitter, Bloomberg is “going all in.”

Defeating Trump and rebuilding America is the most urgent and important fight of our lives.

And I'm going all in.

The Harvard MBA graduate elaborated on his decision more on his campaign website.

“We cannot afford four more years of President Trump’s reckless and unethical actions. He represents an existential threat to our country and our values. If he wins another term in office, we may never recover from the damage.”

Given the Democratic nomination odds for today, Bloomberg is a top-five candidate at +900 odds. Out of the entire Democratic field, he is only bested by the party’s biggest names: Joe Biden, Pete Buttigieg, Elizabeth Warren, and Bernie Sanders.

Interestingly enough, Bloomberg has never won an election as a Democrat. During his time as mayor of NYC between 2002 and 2013, he was a Republican until 2007 before becoming an Independent.

Bloomberg didn’t reregister with the Democrats until 2018, 17 years after originally leaving the party.

At an estimated $55 billion, the deep pockets of Bloomberg could give him an actual chance in the race. Tom Steyer, another billionaire that made a late entrance into the race, has since qualified for the last two debates and proved cash can get you a shot.

One big difference between the two, however, is that Bloomberg has decided not to accept contributions from voters. This effectively eliminates him from qualifying for the Democratic debates, but the Bloomberg L.P. founder is setting his eyes on a different prize.

Bloomberg has purchased a record-setting $31 million of television ads to promote his campaign nationally. The out-of-pocket promotion has ruffled a few feathers within the party, though.

Sanders immediately criticized the decision, claiming that Bloomberg would not be able to do well in the upcoming election.

“I don’t think a person, just because they have billions of dollars, should sit back and say, ‘you know what, yeah, I think I’ll run for election right now and drop $100 million.’”

Bloomberg previously announced that he would not be entering the race back in March, citing Biden’s campaign as a deterring factor. But as Biden’s numbers began to slip and Warren rose in the polling percentages, Bloomberg reconsidered his centrist campaign possibilities.