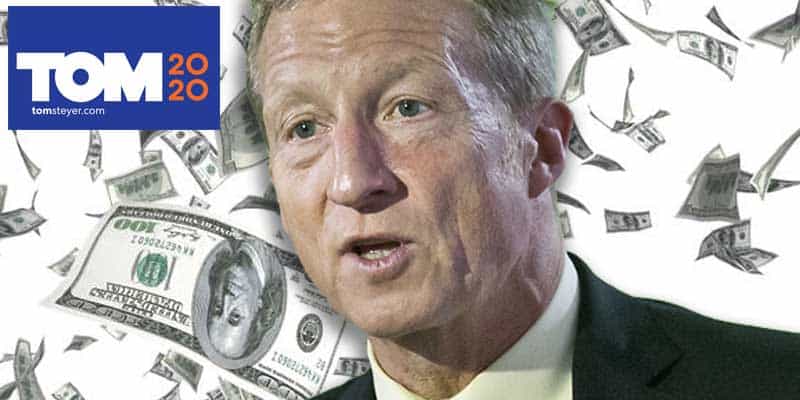 Back-to-back billionaires for president? Don’t bet on it, Tom Steyer.

Steyer joins a packed crowd of Democratic hopefuls determined to beat out fellow billionaire Donald Trump in the 2020 presidential election, but oddsmakers have his White House chances listed at slim to none.

While he is no fan of the current president, his approach to winning the presidency appears similar to Trump’s in 2016. After all, Steyer took to Twitter to announce his bid for the 2020 Democratic nomination.

Like Trump, Steyer is an “outsider” entering the race to clean-up the issues caused by corrupt politicians and greed.

However, Steyer is nothing like the current president. Steyer uses his fortune to battle climate change and fund progressive politicians.

Steyer is even trying to jumpstart the impeachment process against Trump.

In an interview with CBS, Steyer said that his candidacy was not about the money, but rather to reclaim the government from a corporate takeover.

“I believe it’s a question of coming from the outside and doing what I’ve been doing for the last ten years, going directly to the people,” Steyer went on.

Right now, Steyer plans to use $100 million of his own money for his campaign, which will likely help in spots where others, such as recent dropout Eric Swalwell, failed due to limited donors.

As for his stance on major issues, Steyer agrees with most other Democratic candidates:

Right now, the odds still have Kamala Harris as the frontrunner to earn the Democratic nomination.