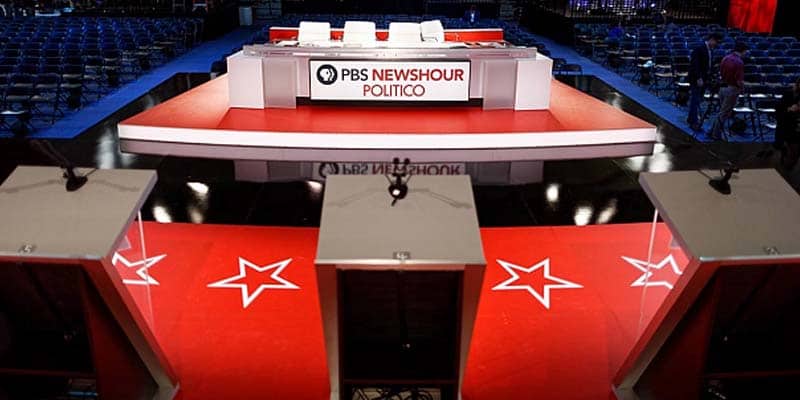 Thanks to the impeachment of President Donald Trump, the sixth Democratic debate set for tonight has been forgotten by many. Nevertheless, despite the political unrest in Washington DC and the fact that labor disputes almost canceled the debate, the event will continue as scheduled.

The debate will be held at Loyola Marymount University in Los Angeles. Starting at 8 pm ET, the event will be hosted by PBS NewsHour and Politico and moderating by Judy Woodruff, Amna Nawaz, and Yamiche Alcindor.

The December debate will be the lightest (pun intended) of the debate circuit heading into 2020. Of the seven candidates on stage– the fewest thus far– Andrew Yang is the only one that is not white. The full list of candidates is below:

Despite qualifying for the debate, Sen. Kamala Harris decided to end her presidential run earlier this month. Other notables to miss the debate stage include Rep. Tulsi Gabbard, Sen. Cory Booker, and former HUD Secretary Julian Castro– all candidates of color.

Former New York Mayor Michael Bloomberg will also be absent, although he is not eligible for any Democratic debate as he is not accepting donations and cannot meet the DNC thresholds of 200,000 unique individual donors. All candidates must also have 4% support in four national or early-state polls or 6% support in two early-state polls.

Unfortunately, for the first time in 2019, online sportsbooks will not have any proposition bets for the Democratic debate. Instead, it appears that the books have focused all their time on Trump’s impeachment odds. However, there are still important betting lines available for tonight: 2020 Democratic Party nomination odds.

Going into the debate, Bovada has each candidate’s nomination chances listed. According to the political betting odds, Biden is the favorite at +275 odds, followed by Warren at +400 and Sanders at +425.

Based on the most recent CNN poll released today, the odds and polls are almost identical. Biden leads at 28 points with Sanders (21 points) and Warren (16 points) in the next two spots.

To watch tonight’s debate, viewers can tune into PBS and CNN or stream it through PBS.org, Politico.com, or CNN.com.