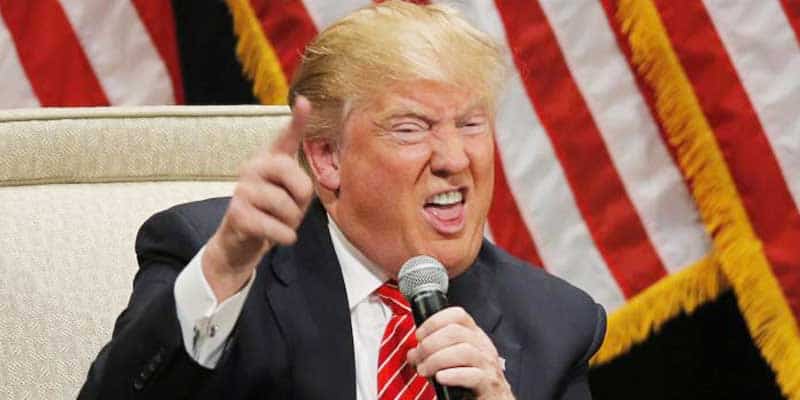 President Trump Twitter Prop Bets: Odds For Which 2020 Democratic Candidate Gets Nicknamed Next

Don’t worry: We promise this is not #fakenews.

But oddsmakers chose to have a little fun today and posted some prop bets on President Donald Trump (+230) after his 50-tweet tirade on Twitter over the weekend.

When the dust “somewhat” settled on Monday morning, the only person, place, or thing he didn’t lash out at was essentially himself, his family, Sean Hannity, and his entire voter base.

Republicans, Democrats, the FCC, SNL, the late Sen. John McCain, General Motors, and basically the entire news media. Even Fox News got caught in Trump’s tirade, so you know the tweets were hitting the fan.

In addition to the 2020 presidential election odds, Bovada’s bookmakers now have several political prop bets available relating to Trump’s Twitter account, including which Democratic candidates he will nickname next and what he’s going to name former Vice President Joe Biden and former Rep. Beto O’Rourke if he refers to them in tweets.

Each of the prop bets can be found below along with the odds at the time of writing. And since all tweets must come from Trump himself, here’s his Twitter handle so you can keep track of the betting line yourself: @realdonaldtrump

Bookmakers Note: Tweets must be from @realdonaldtrump. No retweets. Any wagers on day of tweet will be settled “No Action.”

Which Democratic Candidate Will President Trump Refer To With A Nickname Next On Twitter?

What Joe Biden Nickname Will Donald Trump Use Next On Twitter?

Will Donald Trump Refer To Beto O’Rourke In A Tweet As “Beta O’Dork” Before The 2020 Election?

Will Donald Trump Refer To Beto O’Rourke In A Tweet As “Beta O’Rourke” Before The 2020 Election?

Will Donald Trump Refer To Beto O’Rourke In A Tweet As “Crazy Hands Robert” Before The 2020 Election?

Will Donald Trump Refer To Beto O’Rourke In A Tweet As “Robert Francis” Before The 2020 Election?