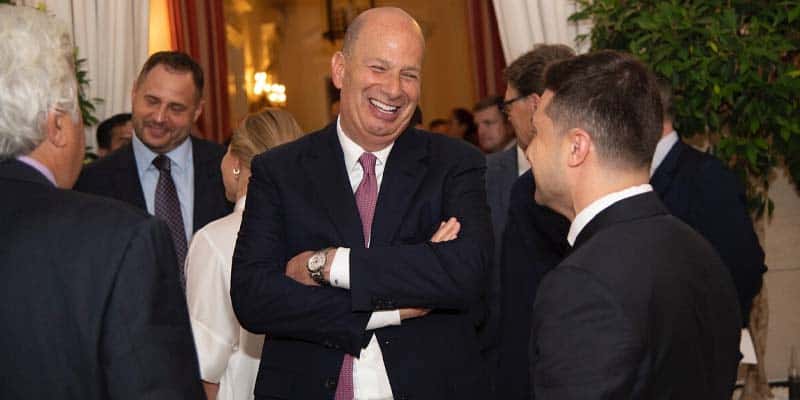 While Donald Trump’s impeachment odds haven’t taken a hit yet, today’s bombshell may be enough to make waves through the political betting market.

U.S. Ambassador to the European Union Gordon Sondland—a Trump appointee Republican donor who gave $1 million to the President’s inauguration—had a sudden change of heart today and chose to revise his testimony lawmakers in the House’s impeachment inquiry.

Sondland now says there was a clear quid pro quo and backed up allegations that Trump withheld Congressionally approved U.S. military aid to Ukraine until President Volodymyr Zelensky agreed to issue a public statement on launching an investigation relating to interference in the 2016 Election and the Biden family’s business dealings overseas.

“After a large meeting, I now recall speaking individually with Mr. Yermak, where I said that resumption of U.S. aid would likely not occur until Ukraine provided the public anti-corruption statement that we had been discussing for many weeks,” Sondland said.

Sondland’s revision was documented on Monday, and the transcript was released alongside U.S. special envoy to Ukraine Kurt Volker’s testimony today.

Because this is breaking news, the public betting market likely hasn’t had time to react to Sondland’s revised testimony.

Although Trump still remains likely to be impeached by the House, it’s hard to imagine the Republican-controlled Senate actually removing the President from office.

Will Trump be impeached and removed from office before the 2020 Election?

When looking at the latest odds to win the 2020 Election, Trump’s chances are ever-so-slowly beginning to dip.

But with 363 days to go until next year’s election, anything can happen—especially in today’s volatile political climate.