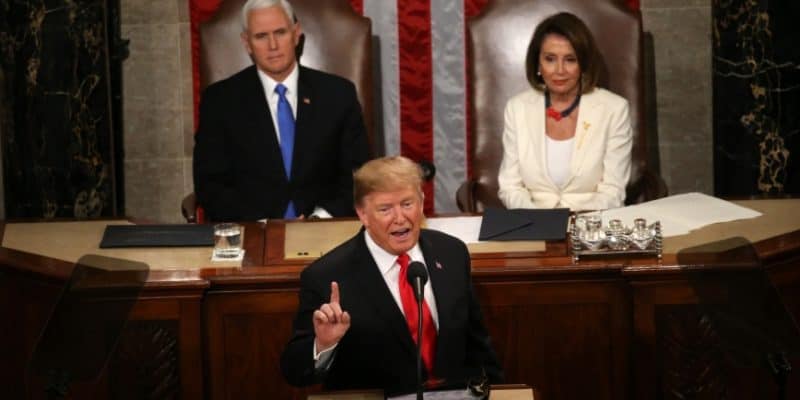 The 2020 State Of The Union Address Prop Bets Guide

President Donald Trump is scheduled to give the final State of the Union address of his term tonight at approximately 9:00 pm ET.

And you can bet on the 2020 SOTU address and whether sparks will fly during Trump’s speech before the 116th United States Congress.

Trump’s address is sandwiched between two pivotal moments in American politics, coming the day after 2020 Iowa Democratic Caucastrophe and the day before the Senate votes during the impeachment on whether the President should be removed from office.

With the opposing party scrambling to report the voting results in Iowa and the odds heavily favoring Trump not getting removed from office via the current Senate impeachment trial, it’s not hard to imagine both outcomes working in the Republican incumbents’ favor.

Trump’s reelection odds indicate he’s the 2020 betting favorite at this point in the race, and his address tonight will likely focus mostly on the economy, which is what he consistently touts as his crowning accomplishment.

Below is a complete list of the 2020 State of the Union prop bets available at BetOnline ahead of Trump’s speech tonight in the lower chamber of U.S. Capitol.

Length of Trump’s 2020 State of the Union address

*First word to the last word of speech

*Based on polling data from FiveThirtyEight.com

*Based on the WashingtonPost.com Fact Checker blog

Total tweets by @realDonaldTrump on 2/4/20

Total viewers for Trump’s 2020 State of the Union address

*Based on Nielsen ratings

Who will Trump mention first?

Which country will Trump mention first?

How many times will Trump say “China”?

How many times will Trump say “Democrat”?

How many times will Trump say “economy”?

How many times will Trump say “Iran”?

Who will be Trump’s “designated survivor”?

Will Trump refer to Nancy Pelosi as “Nervous Nancy/Crazy Nancy”?

What will Alexandra Ocasio-Cortez wear to the State of the Union address?