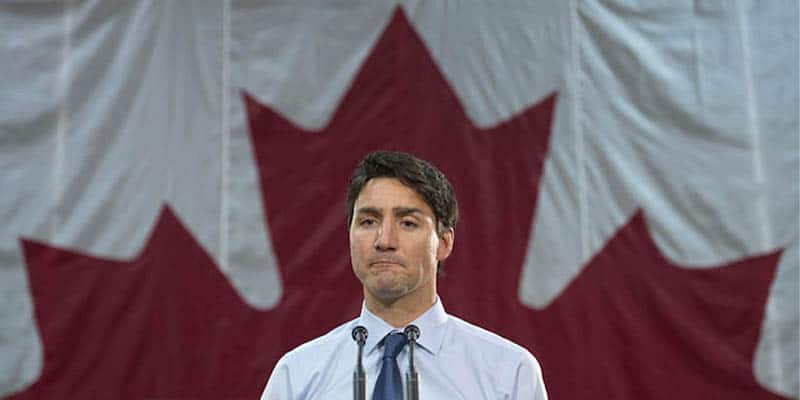 The frontrunner in the 2019 Canadian Federal Election may have just gotten the endorsement needed to put him over the top on Monday.

Despite the controversy over his previous use of brown and blackface, current Prime Minister Justin Trudeau was the election favorite three weeks ago at +100 odds.

Now with just a few days until the 43rd Canadian general election on October 21, Trudeau sits on -150 odds.

Earlier this week, Trudeau also received an endorsement from former President of the United States Barack Obama, which could help secure his win north of the border.

Speaking of the Prime Minister on Twitter, Obama said: “The world needs [Trudeau’s] progressive leadership now, and I hope our neighbors to the north support him for another term.”

I was proud to work with Justin Trudeau as President. He's a hard-working, effective leader who takes on big issues like climate change. The world needs his progressive leadership now, and I hope our neighbors to the north support him for another term.

In response, Trudeau tweeted that he is “working hard to keep our progress going.”

Thanks my friend, we’re working hard to keep our progress going. https://t.co/l4V42PZbef

There’s still a chance that Trudeau loses the election, however. First of all, it’s not like Obama’s American supporters can really vote for Trudeau as they are in two different countries.

There are a few reasons for his low approval numbers. For one thing, according to a member of Trudeau’s inner circle, the Prime Minister thinks he is a comedian.

“He isn’t,” the unnamed source said.

This commitment to being funny could be the reason Trudeau had such an affinity for wearing blackface. Although Trudeau has sought to become a voice for indigenous and minority groups across Canada, his choice of makeup and costumes has cost him a great deal in support.

As the Conservative Party of Canada puts it: “Justin Trudeau: Not as advertised.”

If Trudeau does lose the election on Monday, it will be the first time since 1935 that a first-term Canadian prime minister with a parliamentary majority cannot earn reelection.

Conservative Andrew Scheer is expected to be the biggest competition to Trudeau, earning +115 election odds. Throughout the last few months, Scheer has even split time atop the political betting odds as the favorite in the race, proving that he could be the next Prime Minister.