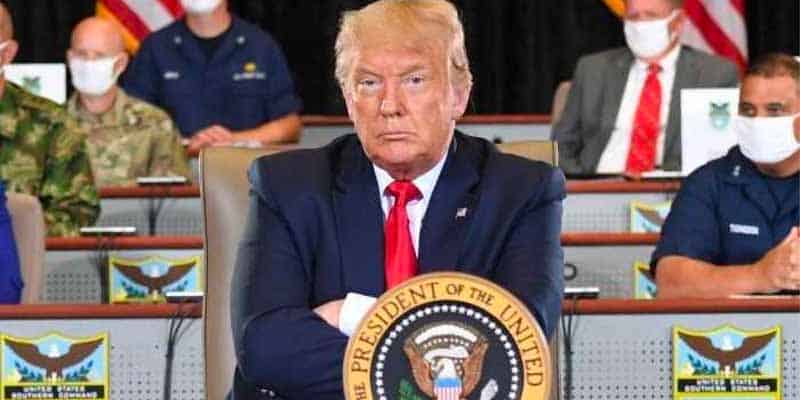 Trump And Biden Rally In Florida And 2020 Election Odds Tighten

The 2020 Presidential candidates set their sights on the battleground state of Florida. This swing state could either hand Democratic hopeful Joe Biden a clear path to victory or give incumbent Donald Trump a big fighting chance. Contrary to the polls, sportsbooks show a slight Republican favor for Florida’s electoral college winner.

Florida may be the most vital swing state to the 2020 Presidential election. Whoever takes Florida receives a hefty 29 electoral college votes. The national polls show a tiny margin of victory in Florida, with Biden leading by just over one percent.

However, the sportsbooks poise the Republican candidate as the favorite with a -160 lead over Biden’s +120 on MyBookie, and a -165 lead over Biden’s +125 on Bovada. If you read our article on polls vs. odds, the competing data raises concerns over the possibility of a heavily contested election, and specifically a Florida recount.

In 2016 Donald Trump won the FL electoral college by around 1.6%. Former President Barack Obama won FL by similarly small leads in 2008 and 2012. And before that, Florida’s infamous hanging chad of the 2000 Gore vs. Bush election.

With so many X factors such as mail-in voting, absentee ballots, the pandemic, and a rife partisan divide, the Florida election could go to the courts as it did 20 years ago. Both President Trump and Joe Biden prepared lawyers to argue constitutional law surrounding vote-counting and the electoral college.

There are a few pieces of codified US law that may come into play if the count were contested in Florida, or any other swing state for that matter. Below we briefly cover the Electoral Recount Act, the “safe harbor” provision, and the 14th Amendment interpretations that handed Bush a narrow Presidential victory.

In 2000 many FL counties used the “punch card” system where punched holes in the ballots marked the electorates candidate choices. The ‘hanging chad’ refers to fragments of paper partially or erroneously hole-punched that drove vote-counting controversy.

The recount issue went to the Supreme Court. The 14th Amendment or Equal Protection Clause came into play. The argument was that Florida had no statewide recount system and whether it was constitutional to impose a statewide recount. The Court ruled that the imposition was unconstitutional as Florida had a county-by-county recount provision already in place. A federal mandate that would overcount or undercount previous votes would violate Floridians’ equal protection under the law.

The following provision is the “safe harbor,” which in short states the Florida legislature cannot intervene with the state’s appointment of the electoral college via popular vote before a specific date. The Court ruled that Florida had intended to meet this safe harbor deadline of December 12th, and therefore a recount could not be mandated.

The last piece, and arguably one of the most relevant to the 2020 election, is the Electoral Count Act of 1887. The code regulates the “determination of controversy as to the appointment of electors.” Basically, past a 41-day deadline, if a state cannot decide on a slate of electors via voting, that state’s legislature may appoint their own slate of electors to pick the President.

In practice and theory, the Act creates confusion and ambiguity over how this process would happen. For example, in a split legislature that each proposes their electors, no clear precedent exists explaining which slate gets chosen or how.

Luckily for Florida, the state government underwent a massive effort to standardize and modernize the voting system to a more reliable computer-operated one that eliminates much of the “hole punch” human error. That being said, the polls, odds, and x-factors relating to the 2020 election do create room for concern.

The 2020 Presidential election has a possibility of contestation, as President Trump already stated multiple times that if he loses, then the election must be rigged or fraudulent. We reserve our opinion on the “rigged” issue (cough* cough*, Russia). We go by what the presidential election odds show.