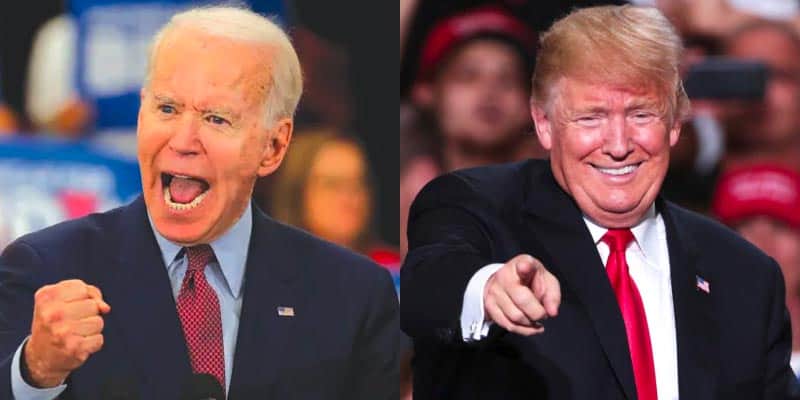 The latest odds to win the 2020 US Presidential Election may favor four more years for Donald Trump, but don’t bet against Joe Biden as the underdog just yet.

An upset is possible. Whether you’re aboard the Trump train or ridin’ with Biden, you only need to go back to 2016 to see proof of why it’s still either candidate’s race to win or lose.

After Bernie Sanders dropped out on Wednesday, the oddsmakers at Bovada Sportsbook temporarily paused all live action on their presidential betting futures to adjust each of the impacted lines.

Near the end of President Trump’s daily coronavirus task force press briefing, Bovada posted the updated 2020 election odds showing the Republican incumbent is currently projected to win a second term in the Oval Office for a head-to-head matchup against the Democratic former Vice President.

Although betting on Biden’s odds would technically count as “backing the underdog,” the former VP is by no means a longshot.

At +120, the oddsmakers give Biden a 45% implied probability to win the White House now that he’s all but certain to be the Democratic nominee. If letting it ride on Biden is your cup of Joe, then just know that a $100 wager would payout $120 if he pulls off the minor upset.

There are other candidates with 2020 election odds. Still, considering how Trump and Biden are now both the presumptive nominees for their respective parties, the combined chances are less than 1% for anyone not heading up the GOP or Democrat ticket.

Lastly, below you can find the updated 2020 election prop bets for the popular vote, House and Senate majority, and the balance of power in Congress. With the Biden-Trump matchup now set, this is sure to be only a taste of what’s yet to come.

Which Party Will Win The 2020 Election Popular Vote?

*Total votes tabulated by the Federal Election Commission for all states and the District of Columbia.

Which Party Will Have A Majority In The US House?

*As per the start of the 117th Congress.

Which Party Will Have A Majority In The US Senate?

*As per the start of the 117th Congress. If Senate makeup is tied, then the Vice-President’s party affiliation is the tiebreaker.

Who Controls Congress After The 2020 Election?