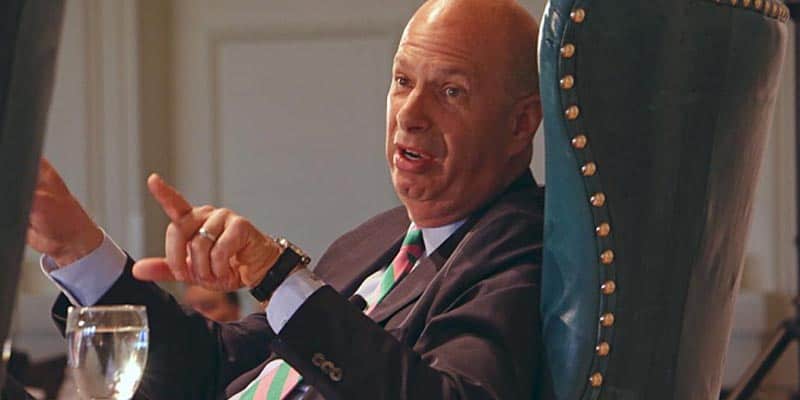 After text messages were released between a Ukrainian aide, United States diplomats, and Rudy Guiliani on Friday, another bombshell was dropped today.

U.S. Ambassador to the European Union Gordon Sondland, one of the diplomats featured in the text messages, was barred from testifying in the impeachment inquiry of President Donald Trump by the U.S. Department of State.

According to the law firm representing Sondland, the Department instructed him not to appear.

“Early this morning, the U.S. Department of State directed Ambassador Gordon Sondland not to appear today for his scheduled transcribed interview before the U.S. House of Representatives Joint Committee.”

The firm also stated that Sondland agreed to appear voluntarily, but as a U.S. Ambassador, he “is required to follow the Department’s direction.”

Trump also spoke of the decision on Twitter, claiming that he “would love to send Ambassador Sondland,” but he would be testifying “before a totally compromised kangaroo court.”

I would love to send Ambassador Sondland, a really good man and great American, to testify, but unfortunately he would be testifying before a totally compromised kangaroo court, where Republican’s rights have been taken away, and true facts are not allowed out for the public….

….to see. Importantly, Ambassador Sondland’s tweet, which few report, stated, “I believe you are incorrect about President Trump’s intentions. The President has been crystal clear: no quid pro quo’s of any kind.” That says it ALL!

In the last text message exchange released to the public dated September 9, Sondland tells Taylor that he believes that Taylor is incorrect about Trump’s intentions with the phone call to Zelensky in July.

“Bill, I believe you are incorrect about President Trump’s intentions. The President has been crystal clear no quid pro quo’s of any kind. The President is trying to evaluate whether Ukraine is truly going to adopt the transparency and reforms that President Zelensky promised during his campaign.”

In the aforementioned tweets above, Trump mentions this text, asserting: “That says it ALL.”

Adam Schiff, the House Intelligence Committee Chairman, considered the Department of State’s blockage to be “additional strong evidence of obstruction of the constitutional functions of Congress,” and that the Sondland block is to be deemed “further acts of obstruction of a co-equal branch of government.”

The “intentions” that Taylor and Sondland mention in their texts is the alleged urging of Trump to Ukraine to investigate Joe and Hunter Biden in exchange for military aid.

After a whistleblower filed a complaint related to the conversation between Trump and Zelensky, an impeachment inquiry was launched in late-September by House Speaker Nancy Pelosi.

When the inquiry was first launched, Trump’s impeachment odds did not favor the President’s getting removed from office during his first term.

However, by October 4, after a public request of China to investigate the Biden family, Trump’s chances flipped to favor impeachment at -150 odds.

Although not the best odds right now, Trump’s impeachment chances are inching back in his favor. Currently, the odds of a first-term impeachment are -135.

Regardless of his pending inquiry, and the odds still favoring his impeachment, Trump has the best odds of reelection in 2020. At +125, the President is still outpacing his closest opponents in Elizabeth Warren (+250) and Joe Biden (+700).