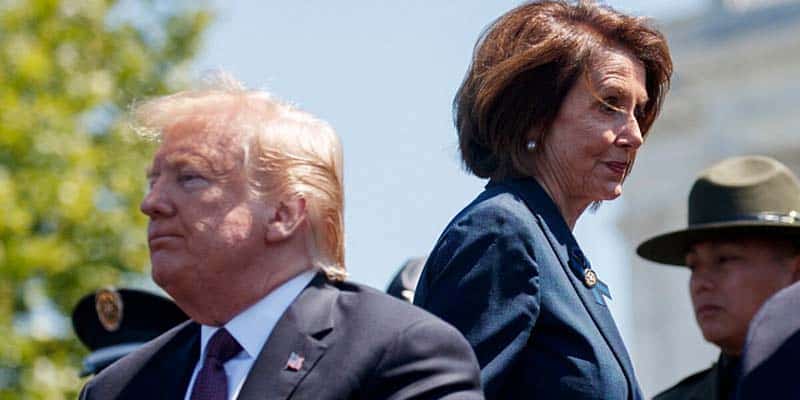 House Speaker Nancy Pelosi announced yesterday that the House of Representatives has begun an official impeachment inquiry into President Donald Trump regarding his most recent controversy.

After a whistleblower within the White House claimed that Trump threatened to withhold military aid from Ukraine unless their president, Volodymyr Zelensky, investigated Joe and Hunter Biden, impeachment proceedings were inevitable.

The anonymous whistleblower filed a complaint with the intelligence community inspector general in August. However, the national intelligence director refused to release the complaint.

Pelosi saw the refusal as a violation of the law, believing the White House was undermining “both our national security and our intelligence.”

Amidst the chaos, Trump promised to release the call’s transcripts, which happened earlier today. Confident that the transcript would exonerate him, Trump tweeted that the Democrats should apologize.

Will the Democrats apologize after seeing what was said on the call with the Ukrainian President? They should, a perfect call – got them by surprise!

Following the transcript’s release, many Democrats felt the impeachment inquiry was necessary, contrary to Trump’s tweet.

In an official statement, Pelosi said of the memo: “The president engaged in behavior that undermines the integrity of our elections, the dignity of the office he holds and our national security.”

And many of the 2020 Democratic candidates took to social media and television to express their opinions on the phone call and possible impeachment.

Sen. Bernie Sanders tweeted that Trump is the most corrupt president ever while Sen. Elizabeth Warren claimed the transcript was a “smoking gun.”

Donald Trump is the most corrupt president in the modern history of this country.

This "transcript" itself is a smoking gun. If this is the version of events the president's team thinks is most favorable, he is in very deep jeopardy. We need to see the full whistleblower complaint and the administration needs to follow the law. Now. https://t.co/b56nLZZpRi

Hawaii Rep. Tulsi Gabbard, on the other hand, told CNN that an impeachment inquiry would be “terribly divisive” for the country.

With the official impeachment inquiry underway, there’s a real chance Trump could be removed from the White Office before the 2020 election next year.

Although many Democrats believe that this will be the nail in the coffin for the Trump administration, the betting odds reveal a different story.

BetOnline gives Trump -400 odds of finishing out the entirety of his first term as President, lasting at least until the 2020 election.

Will Trump last through his entire first term?

If Trump’s presidency does end before his first term is up, impeachment is not the only reason. Trump may also decide to step down, but it is not likely. Once Trump’s impeachment odds, or possibly his resignation odds, are made available, check back with us for the necessary information.

However, BetOnline expects Trump to be ousted via the election. On their 2020 election odds bet, the online sportsbook favors “Not Donald Trump” as the winner with -155 chances.

Ironically, on the same bet, Trump has +125 odds of getting reelected, which is better than all other candidates vying for the post, including Elizabeth Warren (+275) and Joe Biden (+700).