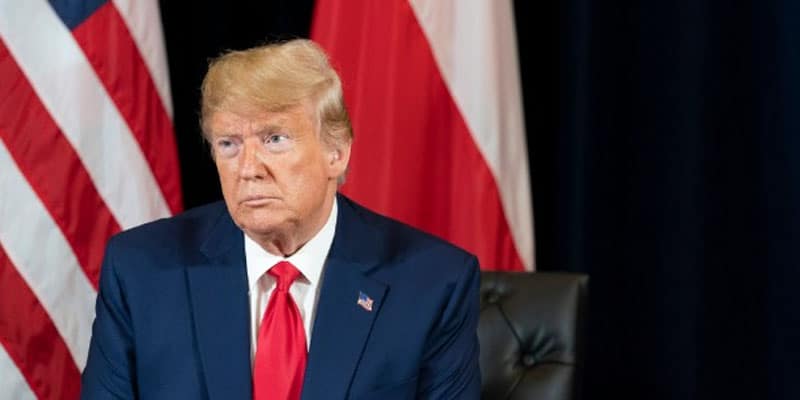 President Donald Trump is in more hot water but with another Eurasian country this time.

According to a complaint from a whistleblower within the White House, Trump pressured Ukrainian president Volodymyr Zelensky to investigate Joe Biden in exchange for American military aid.

Although the claim stating Biden interfered with Ukrainian politics to help his son’s business has since been discredited, Trump appears to still believe in the conspiracy.

Despite the complaint’s publicity, House Democrats are currently struggling with Trump’s national intelligence director as he might be illegally withholding the complaint from Congress.

From the available information pieced together by the Wall Street Journal, during a July phone call, Trump repeatedly urged Zelensky to investigate Biden’s son, Hunter, and to cooperate with lawyer Rudy Guiliani to sabotage his political candidate’s chances at the Presidency.

After the major details were released from the phone call on Monday, many Republican Senators refused to condone Trump’s actions, including Marco Rubio (R-FL).

“I don’t think he should have raised the topic of Joe Biden with the Ukrainian president.  I just don’t think our foreign policy should be used as leverage against individuals in our domestic politics,” Rubio said.

House Democrats are now pressing for Trump’s impeachment even harder. House Oversight and Foreign Affairs committee member Gerry Connolly says the “tipping point” has been reached, “both within our base and within our caucus.”

Nevertheless, with impeachment proceedings lingering and fading support from his own party, Trump’s reelection odds in 2020 remain high.

Before the information was leaked, impeachment odds heavily favored Trump staying in office. BetOnline gave the President -700 odds of keeping his post throughout his first term.

Trump’s impeachment odds are not currently available, but it is likely there will be a shift in the numbers once they are released.

In response to the allegations, the President admitted to discussing the Biden family with Zelensky.

Trump hinted he may release the phone call’s transcript, but also implied that it is acceptable to withhold help for countries that do not investigate political rivals.

“If you don’t talk about corruption, why would you give money to a country that you think is corrupt?” Trump asked at the United Nations in New York.

Trump again basically cops to asking Ukraine about Biden: "We're supporting a country. We want to make sure that country is honest…it's very important to talk about corruption. if you don't talk about corruption, why would you give money to a country that you think is corrupt?" pic.twitter.com/u2zlloPl1X