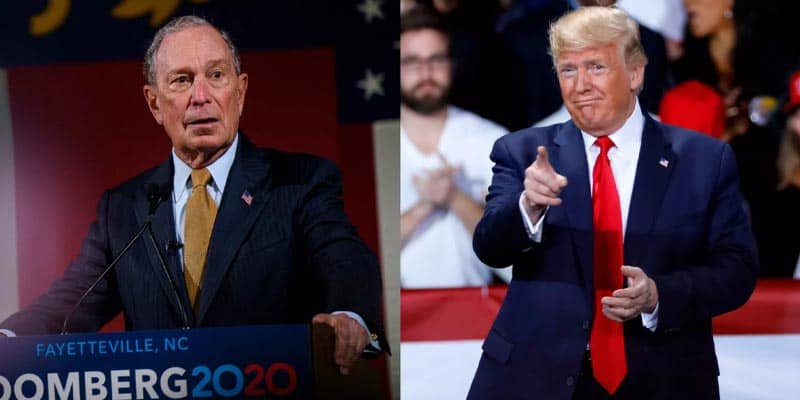 When it comes to candidates placing a bet on the 2020 presidential election, spending money on advertising remains one of the best ways a political campaign can reach the masses.

And there’s one ad buy that’s worth more than any other: the Super Bowl.

The 2020 campaigns for President Donald Trump and former New York City Mayor Michael Bloomberg have each reserved 60-second ad spots for Super Bowl LIV with Fox, which will broadcast the game played on Sunday, Feb. 2, in Miami, FL.

The cost of running a one-minute ad during this year’s Super Bowl? $10 million.

In November, the Trump campaign announced it would purchase national time during an early commercial break during NFL’s title game, becoming the first presidential campaign to run a nationwide political advertisement during the Super Bowl.

Past campaigns have bought ad time during the Super Bowl but only in specific states or regions since the cost of running one 30-second national ad is up to $5 million if aired at the beginning of the game.

And earlier this week, the New York Times reported that Bloomberg’s campaign would do the same, pitting the two billionaire candidates against each during one of the only times households enjoy watching commercials.

As the most-watched and most-wagered on sporting event each year, Super Bowl Sunday is the pinnacle of market exposure and viewer engagement. Around 100 million people tune in to watch the last game of the NFL season, and over $6 billion is wagered on the matchup annually at sportsbooks.

The Super Bowl ad buys from both 2020 campaigns show just how massive the war chest is for each candidate.

Despite both being the wealthiest individuals running this cycle, Trump is using the money from his record fundraising efforts. At the same time, Bloomberg—who has spent roughly $147 million on television ads since joining the presidential race in November—is paying out-of-pocket since he is not currently accepting donations.

Because a nationwide Super Bowl ad buy is unprecedented, it’ll be interesting to see how the massive spending impacts their 2020 election chances.

Currently, Trump’s odds of winning reelection indicate the Republican incumbent is the favorite in the race. Listed at -110 ($110 bet wins $100), the President has approximately a 52.38% chance of getting elected to a second term.

On the other hand, Bloomberg’s 2020 betting odds are much longer, which is in large part due to his late entry into the Democratic presidential primary race. As a result, the former NYC mayor is listed at +2000 ($100 bet wins $2000), which places him in a tie for fifth on the board and gives him roughly a 4.76% chance of winning the general election.

One final note: Voting in 2020 Iowa Democratic caucuses is Monday, Feb. 3, which is the day after the Super Bowl. Bloomberg is skipping the four early states—Iowa, New Hampshire, Nevada, and South Carolina—and is instead going all-in on Super Tuesday, which is March 3, so remember to take that into consideration before placing a wager.