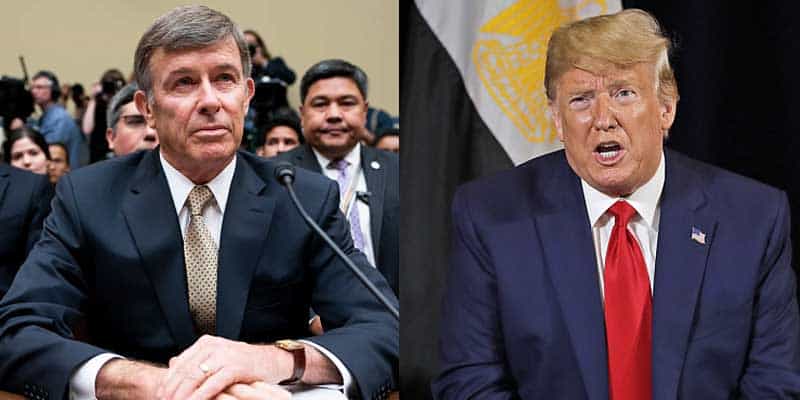 The whistleblower complaint scandal and presidential impeachment process are heating up today.

Acting intelligence director Joseph Maguire is testifying in front of the House Intelligence Committee regarding the complaint and the whistleblower is expected to give their testimony sometime soon.

Until the whistleblower’s official testimony, their complaint was unclassified and released this morning, detailing their belief that Trump acted so egregiously that White House officials immediately tried to cover up the exchange’s details.

The complaint also states that “more than half a dozen U.S. officials” provided information in the report over the course of four months.

The overall goal of these hearings and inquiries is to determine if President Donald Trump and his administration are guilty of wrongdoing and eligible for impeachment.

In preparation for such an event, MyBookie is accepting action on Trump’s possible impeachment, reelection, and resignation.

Of these four bets, three have a cutoff date of October 5, meaning bets must be placed before that deadline to be valid. Based on the urgency of the bets, it even appears that even the sportsbook expects quick results from the hearings.

The major prop bet currently offered is the chance that Trump will be impeached before the 2020 election. According to oddsmakers, Trump is favored to remain in office up to the election at -500 odds.

However, depending on what is revealed within the next week or so, the odds could shift.

Will Trump be impeached before the 2020 election?

If the current odds hold up and Trump is not impeached, the second prop bet available on MyBookie is if Trump will run for reelection in 2020.

Will Trump run for reelection in 2020?

To coincide with their favorable odds for Trump’s reelection against all other candidates, MyBookie lists his odds of reelection at -300 in the prop bet focusing on his second term.

However, unlike the previous two props, the opposing odds are closer in number. Oddsmakers give Trump +200 chances of not getting reelected in 2020, which is equivalent to 33.33%.

Will Trump be elected to a second term as President?

The final prop bet has a later cutoff date of December 31. Baring an impeachment, MyBookie heavily favors Trump to not resign before the end of his first term.

Will Trump resign before the end of his first term?

Based on Trump himself, it also seems like he doesn’t plan on leaving by choice. The President tweeted today that “Democrats are trying to destroy the Republican Party,” and that GOP members should “fight hard.” The tweet has since been deleted.

That doesn’t sound like a man that is ready to resign.