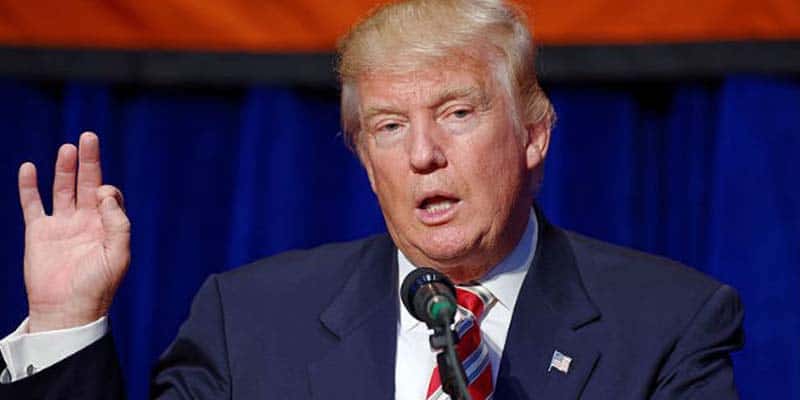 A national emergency has officially been declared at the southern border of the United States.

President Donald Trump announced Friday he will sign a national emergency declaration to repurpose and secure funds from other parts of government to build a U.S.-Mexico border wall in an effort to address “an invasion of our country with drugs, with human traffickers, with all types of criminals and gangs.”

“I’m going to be signing a national emergency, and it’s been signed many times before,” Trump said from the Rose Garden. “It’s been signed by other presidents from 1977 or so. It gave the president the power. There’s rarely been a problem. They sign it, nobody cares. I guess they weren’t very exciting.”

Congress passed a bipartisan spending bill on Thursday with another government shutdown looming ahead of the end-of-day deadline on Friday, Feb. 15, which includes $1.38 billion in funding for 55 miles of barrier along the U.S.-Mexico border but less than the $5.7 billion President Trump stated was required to build a border wall.

The White House stated President Trump will sign the bill to avoid another government shutdown and will tap into his executive powers to reallocate additional money without the approval of Congress, stating he “didn’t need to do this, but I’d rather do it much faster.”

“We’re going to confront the national security crisis on our southern border and we’re going to do it one way or the other,” President Trump said regarding his move to bypass congressional approval. “It’s an invasion. We have an invasion of drugs and criminals coming into our country that we stop, but it’s very hard to stop. With a wall, it would be very easy.”

President Trump’s declaration, when combined with the passed spending bill, redirects a total of $8 billion toward border wall — $6.7 billion of which was only obtainable by declaring a national emergency.

How the public views the national emergency declaration will likely play a key role in whether President Trump is re-elected next year since he is currently the Republican,  and overall, favorite to win the 2020 presidential election with betting odds of +150 at BetOnline. California Senator Kamala Harris is currently the Democratic — and second place — favorite to become President with odds at +800.

In January 2019, a Quinnipiac University poll published by the Washington Post revealed that two-thirds of Americans said they were opposed to declaring a national emergency to fund the construction of a border wall and more than a quarter of the voters in the Republican party expressed opposition.

The poll also revealed that using a national emergency declaration to construct the border wall is more disliked by Republicans, Democrats, and Independents than the actual border wall itself.

President Trump will face legal challenges in the court system by the Democrats in Congress in the coming months. Additionally, he will also likely have to answer questions for why this is different from when he and other Republicans criticized President Barack Obama in the past for what they viewed as abusing executive authority and circumventing Congress – undermining the entire legislative process as a result.

Repubs must not allow Pres Obama to subvert the Constitution of the US for his own benefit & because he is unable to negotiate w/ Congress.