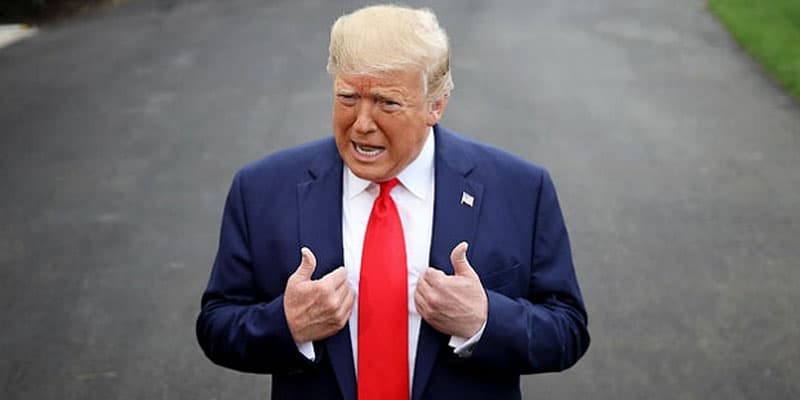 A lot can happen in a day. A human heart will beat 104,000 times, nearly 200 species of flora and fauna will go extinct, and American political projections can completely flip.

Just yesterday, the chances that President Donald Trump would be impeached favored him keeping his post at -250 odds. Those odds convert to a 71.34% chance that he would not be impeached.

Oddsmakers at Bovada now give Trump -150 odds of getting impeached during his first term, which equates to a 60% chance of impeachment.

The impeachment inquiry was initially started after a whistleblower complaint alleged that Trump threatened to withhold military aid from Ukraine if President Volodymyr Zelensky did not investigate Joe and Hunter Biden.

However, what may have tipped the scales was Trump’s public request yesterday that China also investigates the Biden family.

“China should start an investigation into the Bidens because what happened in China is just about as bad as what happened with Ukraine,” Trump told White House reporters.

Not only does Trump’s idea of asking for China’s help in a similar way that he did with Ukraine and cause the impeachment inquiry, the United States and China are still locked into a trade war.

Of course, disgruntling Americans is not cause for impeachment, but it is a bad look overall for the president.

Nevertheless, Trump is still the favorite to win the 2020 election with +120 odds. Although the 45.45% chance of winning is not as high as his -120 odds (52.38%) that he previously held, Trump is still in a better position than his Democratic rivals.

Elizabeth Warren is second behind Trump with +275 odds. Biden, who is Trump’s primary target right now, has +650 odds of winning the presidency in 2020.

A full list of presidential candidates is provided below for a comparison of all the White House hopefuls.