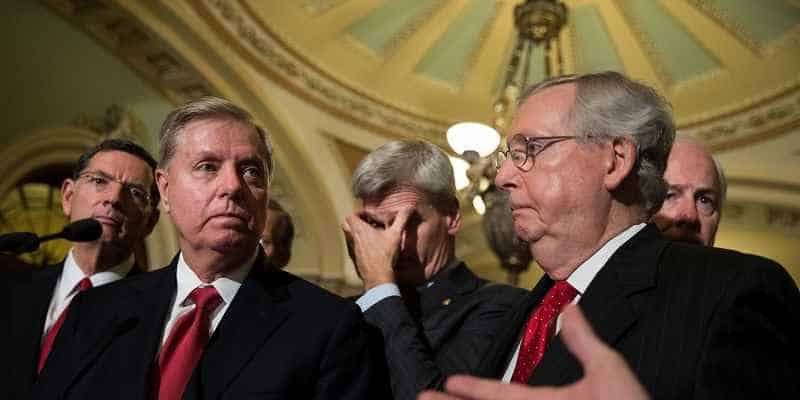 Political betting odds suggest that both the US Senate and the US House will be controlled by a Democratic Party majority after all votes are counted in early November.

Control of the US House has been a foregone conclusion for some time now. Even with Congressional term limits set at two years, districts are designed in ways that make them much easier to predict.

The DNC is expected to retain a similar or slightly greater majority in the US House of Representatives and remain under the control of House Majority Leader Nancy Pelosi.

Control of the House is considered such a sure bet by oddsmakers that betting lines have been removed from the boards due to lack of interest.

Over the past few months, the odds have begun to favor the DNC in the US Senate as well, threatening to oust the GOP and Senate Majority Leader Mitch McConnell.

Both McConnell and his fellow Republican cohort South Carolina Senator Lindsey Graham are up for reelection this year. Graham is likely to retain his seat, but McConnell is now facing legitimate competition from former United States Marine Corp. pilot Amy McGrath.

The GOP Is facing stiff competition this fall and has a real shot of handing over control of the Senate to the Democratic Party. The following betting line from Bovada Sportsbook has the DNC as a heavy favorite to achieve a majority in the Senate.

A wager of $185 is required to earn $100 on the Democrats winning a majority in the US Senate. If you believe that the GOP still has a solid shot at keeping command, then now is probably the best time to place a bet, because a wager of $100 will return at $140 if the Republicans win.

As mentioned earlier, betting lines have been removed that solely reflect the US House elections, but there are still odds on the board for the balance of power for both legislative bodies.

This is likely for the purposes of offering a variety of odds that appeal to different betting mindsets. Political prop bets that combine two different occurrences are advantageous to the book because they are more difficult to achieve, therefore they offer more attractive odds to inspire wagers on them.

The first thing McConnell and Graham need to worry about is their own reelection. Once that happens, they can worry about navigating the new landscape of the US Senate as a member of the minority party, assuming the betting odds are correct.