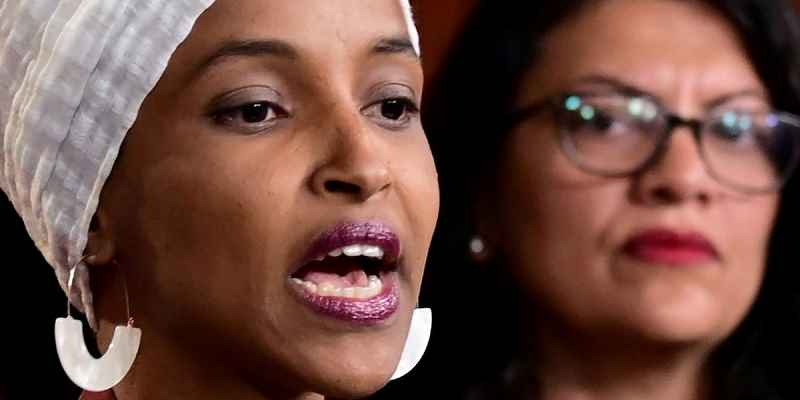 From Minnesota’s 5th Congressional district, odds for US Representative Ilhan Omar’s re-election may change as she suddenly finds herself with a challenge for her seat during the Democratic Primary cycle.

The 5th district includes large portions of the capital city of Minneapolis and is populated with predominantly Democratic party members.

A large portion of the district got behind Rep. Omar and her campaign in 2017, with regional voters taking a liking to her no-nonsense, confrontational style of dealing with social and political issues.

One of Omar’s particularly engaging moments early on in her Congressional career was when she began using anti-Semitic language on social media and in quotes on television interviews.

After facing harsh criticism from all directions, Omar responded by issuing an apology and asserting an intent to receive further education about Judaism and its history.

Her path to US citizenship that includes spending time in Somalian refugee camps grants Omar a unique perspective, a point of view that doesn’t always align with politically correct stances in the United States.

After getting beyond a few rocky moments early on during her tenure on Capitol Hill, Omar aligned herself with three other rookie DNC Congresswomen and titled themselves “the Squad.”

Alexandria Ocasio-Cortez is a member, and like Omar, is incredibly outspoken and fearless. Because AOC’s New York district leans so heavily toward the left, the GOP didn’t even produce a candidate to run against her after she won her DNC primary, securing another term in the House.

Ayanna Pressley’s from Massachusetts is also a member of the Squad and Pressley’s odds to win in 2020 appear to have her reelection firmly in-hand. She looks to be headed toward another term in D.C.

However, according to CNN, the other two members of “the Squad,” Rep. Omar, and Representative Rashida Tlaib from Michigan, are facing off against tough contenders for their seats, threatening to blow up the ranks of the young House females after only two years.

The first two Muslim women ever elected to the US House are Omar and Tlaib, and now their potential to influence the future direction of the country is in jeopardy.

Does the Squad represent the future direction of the DNC and politics in general, or are they a one-term fad of limited relevance that will soon be forgotten?

Jones now has additional support that she did not have two years ago, and some pundits believe that will be enough to grant her an edge over Tlaib tomorrow night.

Omar is in a similar fight against a fellow Democrat, Antone Melton-Meaux, who has received a lot of financial support from pro-Israel interests.

Despite the opportunity for clear-cut, divisive heat between the two, Melton-Meaux’s focus has largely been on Omar’s attempt to use her office to gain celebrity status. He has called her out multiple times for missing key votes on measures that have changed the direction of the country.

Polls still suggest that Omar and Tlaib will win their respective elections and primaries, but the oddball climate of 2020 has provided many surprises thus far, so anything is on the table.