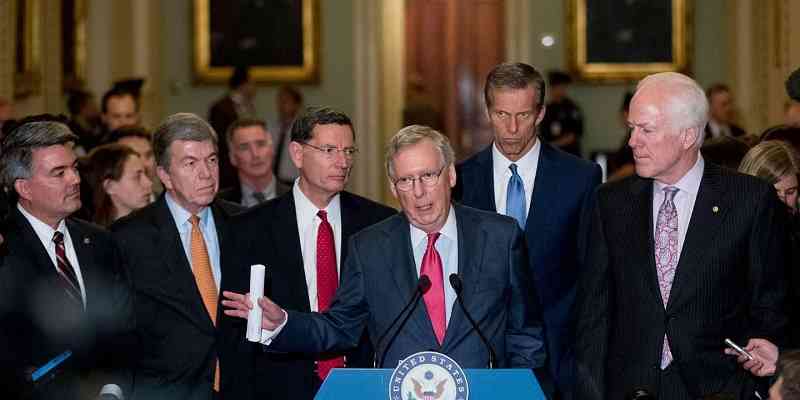 US Senate Betting Lines Debut As State Campaigns Heat Up

Just yesterday, we were lamenting the fact that US Senate and House odds had disappeared from the boards and that there were no betting lines available for Mitch McConnell and Lindsey Graham and their reelection chances.

Today’s sunrise brought with it much more than a heaping helping of Vitamin D, as oddsmakers have manufactured a bevy of US Senate betting lines that focus on popular candidates like Graham and McConnell, but also include tightly contested races that are not as high-profile.

Amy McGrath appeared to be gaining ground on McConnell in her campaign for Kentucky’s US Senate seat but has been trailing in political polls for the last two months. The below betting line from BetOnline AG illustrates just how desperate McGrath’s efforts have become, as she is now positioned to take a trouncing at the ballot box this November.

Poll numbers have been too close for comfort for Senator Lindsey Graham and his opponent, Jaime Harrison. While Graham is not sporting the sizable gap that his buddy McConnell has created, the Senator from South Carolina is a heavy favorite to sit for another six-year term.

Converting Senator Graham’s odds of +400 to their intrinsic value implies that he has an 80% chance of winning his reelection bid and squashing the efforts of Jaime Harrison who has been on a $2 million Facebook advertisement spending spree.

The DNC does have the potential to attain a majority in the US Senate this fall, but it won’t be achieved by ousting the GOP’s top two power players in McConnell and Graham.

One of Trump’s earliest appointees during his Presidential tenure was former Alabama Senator Jeff Sessions, who stepped down from his seat to become the US Attorney General. That relationship went south after Sessions absolved himself from all Russia-related investigations regarding the President, and he was eventually replaced.

Coach Tuberville was able to upset Sessions in the GOP primary election cycle and has advanced to the final round where he is almost certain to defeat DNC opponent Doug Jones.

Former CO Governor John Hickenlooper holds a commanding lead over Republican Cory Gardner in Colorado’s US Senate election. A wager of $900 would be required to earn $100 if you bet on him and he wins. That’s because he’s such a sure thing that sportsbook sites need to hedge their bets and alleviate their risk.

Below are the remaining odds that were revealed today for November’s US Senate elections. We’ve been anticipating their arrival for some time now so be sure to place your wagers quickly before they become scarce once again.