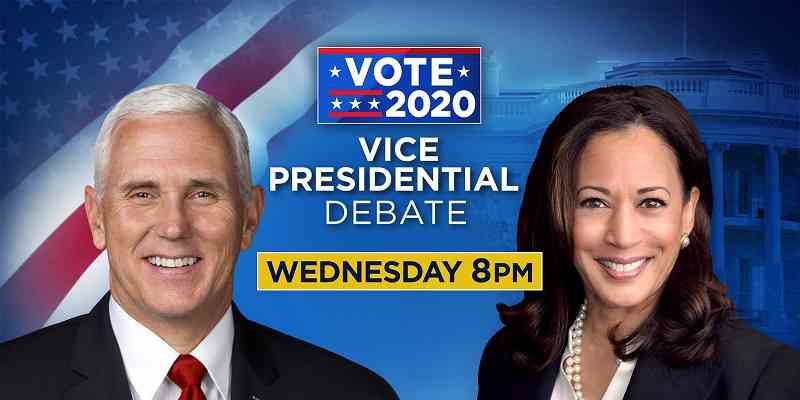 We were a bit concerned when the Vice-Presidential Debate odds disappeared from the boards, but now BetOnline has come through with some sizzling prop bets for tonight’s big event between VP Mike Pence and US Senator from California, Kamala Harris.

This debate has the potential to be the last remaining verbal contest on the political calendar during the 2020 Presidential election cycle, as Donald Trump is down for the count recovering from the Coronavirus and it is not certain if he’ll be well enough to make it to the stage again prior to November 3rd.

Here are the political prop bets that have been unveiled for tonight’s VP debate.

Which candidate will lie first?

Honestly is a major component of how voters view each candidate. To brand an opposing candidate as a liar and have it stick can significantly impact debate results as well as election outcomes, and is often the aim of debate strategies.

Selling the audience on the fact that the other debater is untrustworthy is easier said than done, but the above betting odds suggest that Senator Harris will address falsehoods coming from Pence’s camp at least twice, and that the current VP will definitively lie first.

That’s not to say that everything Harris utters will be 100% truthful and factual. It just implies that Mike Pence will tell a lie prior to Kamala Harris telling one.

Will either candidate be seen wearing a mask at the debate table?

Will either candidate stand up during debate?

Will Harris or Pence test positive for coronavirus?

With Trump under a physician’s care for COVID-19, and the country still trying to get a grip on the contagion, the Coronavirus is sure to be a hot topic for both VP candidates. Since the current regime’s handling of the virus has been suspect, common sense dictates that Harris would hammer Pence hard on the subject, and the betting odds agree.

Harris is favored to say the words “Coronavirus” and “mask” more times than Pence, but will the impact be lessened if both VP candidates approach the debate table without wearing a mask themselves? The odds lean heavily toward neither adorning face protection for the proceedings.

Pence and Harris have been at odds regarding plexiglass dividers being present at the debate table to quarantine each candidate, but the New York Times is reporting that the GOP has finally agreed to allow them.

If the debate gets heated, and it certainly has the potential to, one of the participants could stand up from the table to demonstrate how passionately they feel about a subject, but these prop bets predict that both will cop a squat for the duration of the contest.

Another revelation from political sportsbooks is betting odds for Jo Jorgenson. The Libertarian nominee for POTUS is now featured amongst the other 2020 Presidential candidates in the following line.

Odds to Win the US Presidential Election

As you can see, Jorgenson has not been given a legitimate chance at attaining the Oval Office, but her acknowledgment alone provides reassurance that she is within the realm of contention.

Although her appearance in the odds is significant, she is still unlikely to receive an invite for the Presidential Debates whether they occur or not.