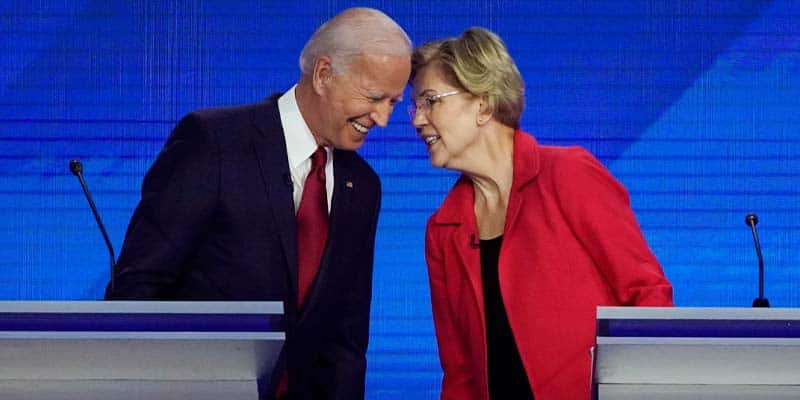 Now, Democratic supporters placed bets on campaigns on the two front-running candidates, and the Q3 fundraising numbers show a clear winner between the two.

Warren’s campaign released her third-quarter fundraising numbers late Friday and reported she raised a total of $24.6 million—a significant jump from the $19.1 million in the second quarter and far surpasses her $6 million in the first quarter.

Biden, on the other hand, only managed to raise $15.2 million in the third quarter, which is a massive dropoff from the $21.5 million he hauled in during the previous quarter. The former VP didn’t announce his candidacy until April 25, so he does not have any first-quarter filings.

Q3 Fundraising For All 2020 Candidates

While Warren may have topped Biden, she came up roughly $700K short of raising more than Vermont Senator Bernie Sanders, who leads all Democrats that have announced their Q3 fundraising with $25.3 million raised.

However, all the Democratic candidates have their work cut out for them since President Donald Trump announced last week that his reelection campaign took in a record $125 million in the third quarter.

All candidates running for President have until Tuesday, October 15, to file their third-quarter fundraising and spending reports with the Federal Election Commission.

The following are the Q3 numbers that have been released as of October 7:

The odds for Biden have not changed from the previous listing, but the gap has moved as Warren’s chances continue to go up. Biden remains listed at +450 odds, which currently gives the former VP an 18.18% chance to represent the Democrats in the general election.

Here’s where all the candidates are listed in the latest posting from the BetOnline oddsmakers: