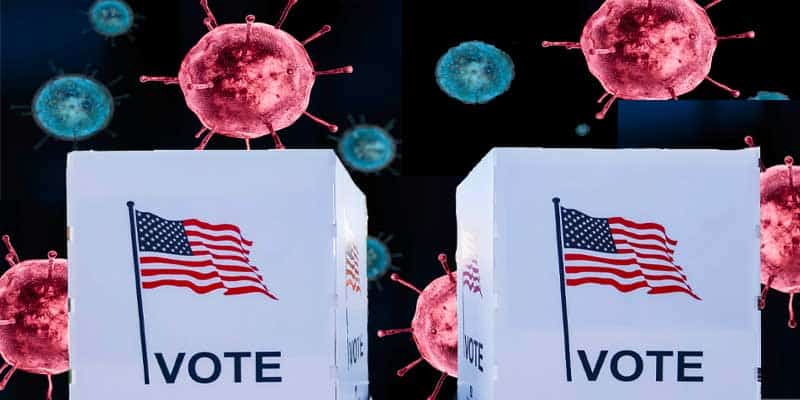 The United States of America and the rest of the world continue to try containing the coronavirus, but pundits have suggested voting may be up next on the cancel chopping block.

According to the 2020 U.S. Presidential Election betting market, oddsmakers from Bovada and BetOnline predict there’s very little chance voting will be postponed from Tuesday, November 3, to another date or canceled—if anarchy is what our elected officials push their chips.

Will Voting For The 2020 U.S. Presidential Election Take Place On Tuesday, November 3?

If you believe our voting rights won’t be trampled upon, then you’re in luck because the political prop odds favor freedom ringing, one way or another.

The line from Bovada Sportsbook is the better value for a “Yes” bet. At -700 odds, a $700 bet would win the initial wager back plus an additional $100 if voting takes place on November 3. The implied probability for “Yes” is 84.41%, with juice removed.

However, BetOnline oddsmakers give a “Yes” bet for freedom a better chance of winning but a lower payout. At -1000, a $1000 wager is needed to net you a crisp Benjamin Franklin and has an 88.01% chance to win.

Currently, President Donald J. Trump’s reelection odds are starting to pull away again at both Bovada and BetOnline.

For now, the former Vice President remains the most likely Democratic candidate to hold the Oval Office next year. At +130/+125, a $100 bet on Biden to win the general election would pay $130 at Bovada and $125 at BetOnline.

The full board of 2020 presidential candidates and their chances of winning the White House are included below.

And considering the names just now popping up, like Andrew Cuomo’s chances, it’s safe to say it might be a while before we get a clearer picture of what—if anything—happens on Tuesday, November 3.