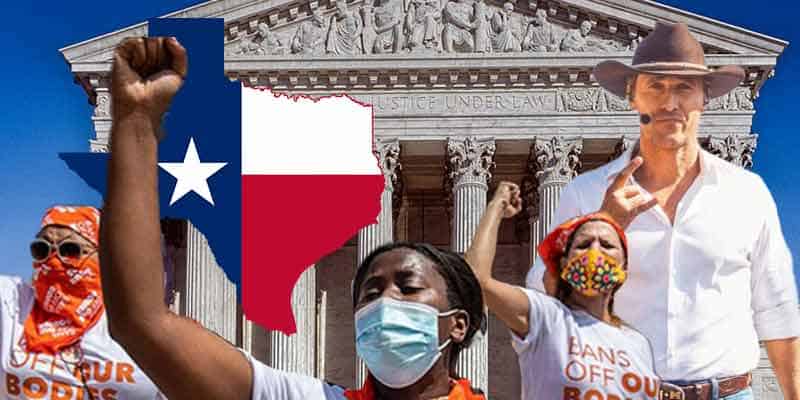 Via a 5-4 vote from the US Supreme Court, an abortions prohibition in the state of Texas after six weeks of pregnancy has been upheld. The SCOTUS has not necessarily approved of the termination of abortion rights in TX, instead, merely allowing for the controversial statute to make its way through the traditional court system until a final judgment is rendered.

With Republican lawmakers in the Lone Star State now poised to revert Roe vs. Wade, current political leadership has been thrust into the spotlight with many questioning who is pushing the issue and how it got so far, so fast.

November of 2022 will see the Texas Gubernatorial Elections come to a close, and at the moment, pundits are predicting that incumbent Greg Abbott (R) will win in a runaway landslide.

The same can be said for online political sportsbooks as they’ve produced Texas election betting odds on the next Governor that place Abbott a full 800 points ahead of Beto O’Rourke, the Democratic Party’s current top challenger and former US Representative.

The above Gubernatorial betting odds for Texas in 2022 features a dark horse in Hollywood celebrity and Austin native Matthew McConaughey. He has been rumored for several weeks to be considering a run at the Governor’s Mansion and online political betting sites currently have him ranked as the third most likely candidate to win the election with a +600 moneyline.

While that may translate to a roughly 15% chance of success according to oddsmakers and bettors who have laid action on either side already, considering that McConaughey has not officially declared anything at all, those odds are fairly promising.

Matthew McConaughey Governor odds, at their current level of +600, will payout at $6 for each dollar wagered on him to win if he attains the most votes in November of next year, and getting in at this early stage rewards bettors for their early confidence.

Consider this. Despite not declaring candidacy or even claiming a political party affiliation, Gubernatorial betting odds have been produced for Matthew McConaughey. Texas Governors have trended toward the GOP over the past few decades, with the last DNC political leaving office in 1995 to make way for future President George W. Bush.

The following political betting line illustrates the Republican Party’s dominance in Texas, as the separation in the moneyline of 800 points equally matches the chasm between Beto O’Roarke and Gov. Greg Abbott.

McCoughnahey has made comments in the past that indicate left-leaning and right-wing stances, and has never really made a clear announcement of which party he belongs to.

Keep in mind that the above political odds are current. Once he says “alright, alright, alright,” and the Matthew McConaughey for Governor campaign train gets rolling, bettors can count on the odds in both of the above lines to shift, and not in Abbott’s favor.

The protests have already begun over the new Texas abortion statute and the political climate is ripe for fresh perspectives. If interested in profiting off of McCoughnaghey’s Gubneratorial potential, get in now before his political wave crests and the odds dip much closer to even.