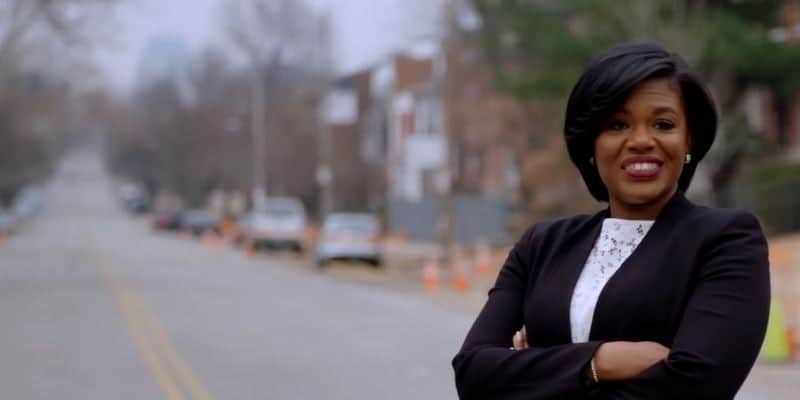 US Representative from Missouri William Lacy Clay lost the Democratic Primary election, and thus, will lose the Congressional seat that he has held since 2001.

Prior to Clay’s election, the seat had been held by his father, Bill Clay, since 1969. That’s 51 years of continuous public service to Missouri’s first Congressional district which contains portions of St. Louis.

So, who was able to topple the Clay family and ensure the promise of injecting new ideas and fresh perspectives into the US House of Representatives?

The winner of the Democratic Primary was Cori Bush, an activist from the St. Louis area who ran against Clay in 2018 but came up short.

Now, Bush has the potential to join her left-leaning, progressive colleagues in Washington, D.C., and become a part of the young female faction, “the Squad.”

Bush is friends with Alexandria Ocasio-Cortez and had hoped to be a part of the initial DNC surge on D.C. in 2018. Now in 2020, she is one election cycle away from winning her district seat and becoming a part of what could be a tidal wave of Democratic Party influence on Capitol Hill.

Although there are no opportunities to bet on AOC because she has already won her reelection due to the GOP not producing an opponent in her district, Bush has the potential to inspire a betting line on her election race against GOP contender Anthony Rogers.

Not much is known about Rogers, but he appears to be a no-nonsense, common-sense candidate who also sports long hair and a beard. It should be an interesting series of debates.

Currently, the only line we can find for Missouri elections at the best political sportsbooks is for the eventual Electoral College winner in the 2020 Presidential race.

These odds imply a heavy GOP lean in the state of Missouri, with Donald Trump favored as a near-certain winner in the 2020 Presidential election.

These odds do not paint the entire picture though, because as we mentioned earlier, a large portion of the district lies in St. Louis which is mostly made up of DNC voters.

Cori Bush is a key figure in the Black Lives Matter movement, leading protests and speaking at events related to the unjust killing of George Floyd by Minneapolis Police.

It was that leadership that propelled Bush beyond Clay and made her a more relevant candidate for today’s issues that are facing the constituents of Missouri’s 1st Congressional district.

She has been visible on the front lines of the current civil rights battles, and it didn’t begin with George Floyd in 2020. She first became heavily involved in local activism following the murder of Michael Brown in St. Louis in 2014.

Regardless of who wins the seat, it will represent an entirely new voice and perspective from that region in D.C. When betting on US House elections, don’t be surprised to see Bush ascend and make difference upon arrival.