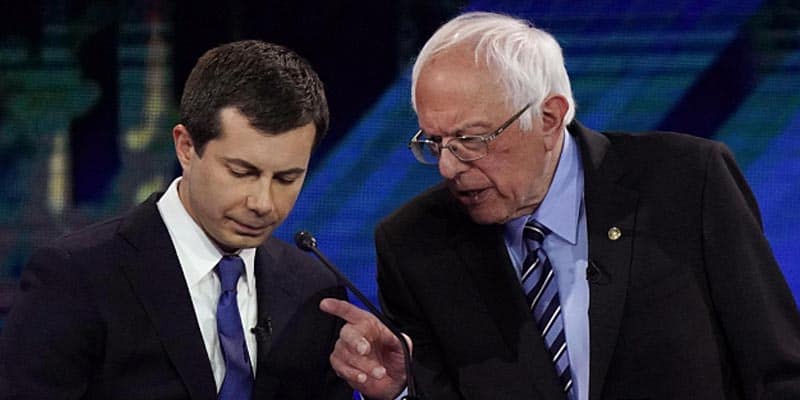 South Bend, Indiana Mayor Pete Buttigieg has led in the Iowa Caucus odds for quite some time now. Earlier this month, Buttigieg favored to win the Democratic caucus at -300 odds with Sen. Elizabeth Warren in second with +250 odds.

While he is still favored in the odds, the Navy veteran’s lead is slipping. The 2020 presidential caucuses are not until February 3 in Iowa, meaning the other candidates have plenty of time to catch Buttigieg.

The most likely White House hopeful to do it would probably be Sen. Bernie Sanders.

Vermont’s democratic socialist has continued to surge in the polls and odds over the last couple of weeks. At the beginning of the month, Sanders only had +750 odds to win the Iowa caucus. By last week, he was at +250 and Mayor Pete was at -200.

Today, the political betting odds have shifted even more into Bernie’s favor. Buttigieg has dropped to +190 odds and Sanders is at +220. In 2016, Sanders’s 49.6% vote narrowly lost the Iowa Democratic caucus to Hillary Clinton’s 49.9%.

Rising to prominence during the 2016 election cycle, Sanders’s 2020 betting odds have remained in the top five or so since the beginning of 2019. Another frontrunner that could take the Iowa caucus is former Vice President Joe Biden.

Biden has +400 chances to win the Iowa caucus but still retains the best overall odds to win the Democratic nomination at +280 odds. Buttigieg is second in the nomination odds at +300, followed by Warren at +350, and Sanders at +450.

The differences between Biden’s nomination odds and Iowa odds could come down to his popularity with African-Americans. Based on the numbers from a recent Suffolk University–USA Today poll, 42% of black voters claim that Biden is their first choice.

According to the United States Census, Iowa is 90.7% white.

For a full comparison of the candidates and their nomination odds, the breakdown is provided below.