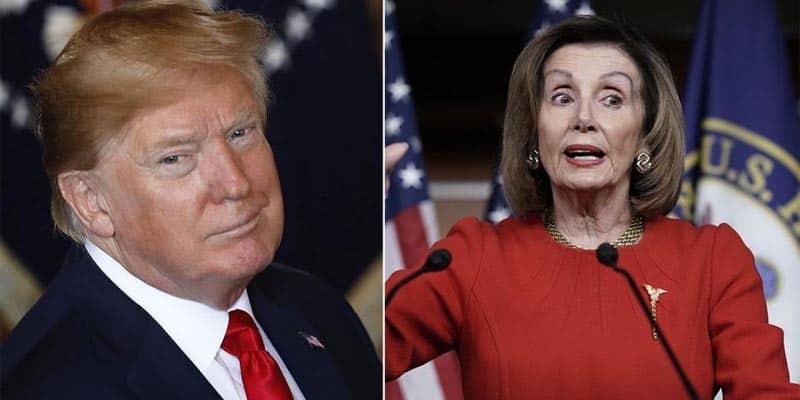 Can any Democrat stump the Trump? It’s possible, but their chances of doing so are falling as we close the curtains on 2019.

Despite getting impeached by the Democrat-controlled House of Representatives last week, the political oddsmakers don’t see the two approves articles—abuse of power and obstruction of Congress—hurting President Donald Trump’s chances during next year’s general election.

In fact: Trump’s impeachment betting odds paying out actually increased his chances of being elected to a second term.

And with virtually no chance of the Republican-controlled Senate voting to convict and remove the President or Trump’s resignation odds paying out (him calling it quits is perhaps the least likely outcome in the entire history of US political betting), the betting market has begun shifting his 2020 chances more and more in his favor.

Here’s a look at the Trump reelection odds before and after impeachment and then his most recent 2020 chances immediately after Christmas Day.

Before the House voted in favor of impeaching the sitting President for the third time on Thurs., Dec. 18, Trump was listed at +100 odds ($100 bet wins $100) to win the 2020 presidential election. When +100 is converted to an implied probability, it shows the oddsmakers believe he had a 50% chance of taking back the White House—a coin flip.

However, immediately after both articles of the resolution were passed, the public betting market for the general election saw most of the money come in on Trump, bring his listing to -110 odds ($110 bet wins $100).

This movement was significant because -110 odds indicated he was given a 52.38% chance of winning back the White House, which means all the other candidates—whether Democrat or Republican—had roughly a combined 47.62% chance of winning against Trump.

In other words: Trump vs. the field was an even “pick’em” but then showed Trump as the clear favorite and the rest of the 2020 candidates as the clear underdogs.

However, -110 odds were the highest we’ve seen Trump’s chances of winning reelection since the start of the year—until today.

Individuals playing the betting market for the 2020 presidential election at Betonline must have gotten some Christmas cash because Trump’s second-term odds hit a new all-time high on Thurs. Dec. 26.

For comparison, former Vice President Joe Biden has the next best chance of winning the general election at +500 odds ($100 bet wins $500), which gives the Democratic frontrunner a roughly 16.67% probability. Sen. Bernie Sanders rounds out the top three with +800 odds and an 11.11% chance.

A lot can still happen from now until Tuesday, Nov. 3, 2020, but considering Trump had to beat the odds in 2016 to become President, it’s starting to look as though the odds may very well be in his favor in 2020.