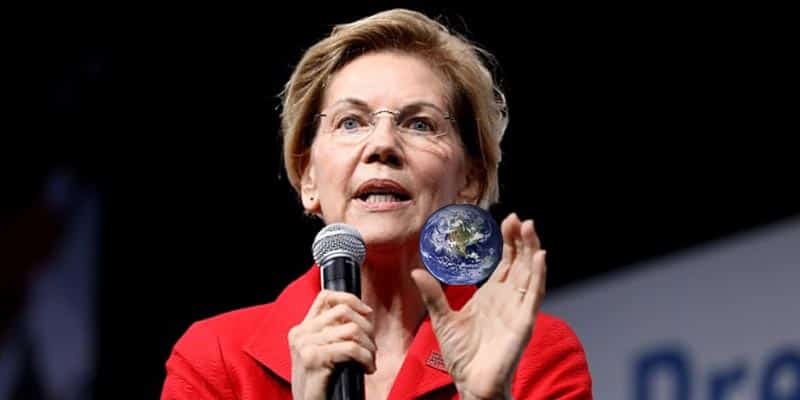 As Elizabeth Warren continues to climb up the odds boards, she’s taking on the mantle of champion for nearly every possible hot-button issue among the Democrats.

At the top of that list, of course, is climate change. Warren has released a plan to slow human-caused global warming over the next 10 years with $3 trillion in new spending.

Warren’s plan isn’t really her own, of course. In fact, she lifted its main tenets from the portfolio of Washington governor Jay Inslee, himself an erstwhile Democratic presidential candidate.

Inslee dropped out of the race in late August, with sportsbooks giving him just +10000 odds to win the Democratic nomination.

“While his presidential campaign may be over, his ideas should remain at the center of the agenda,” said Warren.

It is possible that Warren will be able to trade on Inslee’s ideas better than Inslee himself was able to. So far, as Warren has courted more policies aligned with the left throughout her campaign, both her DNC and presidential election odds have consistently improved.

When Warren officially entered the race back in February, her odds to become the 46th president of the United States were sitting at +2500 at BetOnline, squarely in the middle of the pack. Today, her odds to defeat Donald Trump in the 2020 election are trending at +400, outpacing both Joe Biden (+600) and Bernie Sanders (+900).

Indeed, Warren has done particularly well in the last month.

After the second round of Democratic debates, Warren had +300 odds to win the DNC nod, tied with Biden and Kamala Harris. While those latter candidates have stalled out and gone in reverse, respectively, Warren is now pulling +185 odds to be the Democratic nominee.

Whether she’ll be able to maintain that lead atop the boards once her climate plan is fully scrutinized remains to be seen. The proposal is sure to be controversial, particularly across middle America where its restrictions would be most felt.

Highlights of the Warren-Inslee climate plan involve not only a host of infrastructural challenges but also several major industrial and cultural shifts, all to be instituted by government mandate. These include – but are not limited to – the following:

Adding to the scope of Warren’s ambitious climate plan is the fact that these changes are slated to be completed by 2030. In many cases, the technologies to enable the above goals don’t even exist in any meaningful industrial capacity, making the deadline seem more like an empty political promise than an actual workable solution.

Regardless of how tenable the plan actually is, you can expect Warren to discuss it further during this month’s third Democratic debate, which will be held in Houston on September 12 (8:00 pm EST).