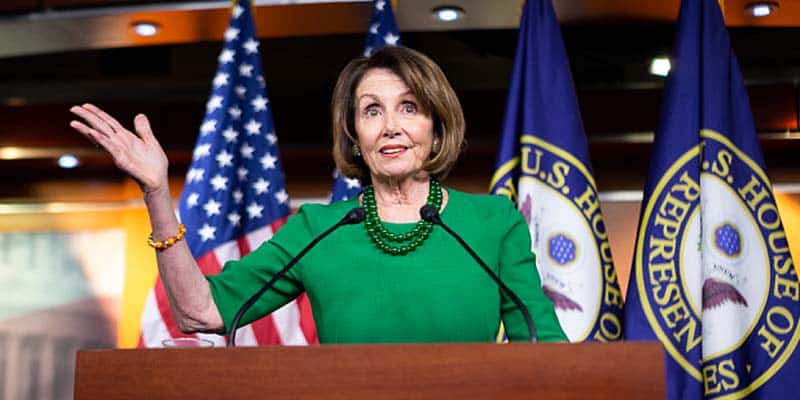 The time to cast is about to begin.

House Speaker Nancy Pelosi announced Monday that the House will hold its first formal vote regarding the impeachment inquiry into President Donald Trump this Thursday.

Originally beginning the inquiry over a month ago, House Democrats have held a series of public and private depositions to determine if Trump acted inappropriately or illegally during his Ukrainian political affairs in mid-2019.

According to a letter sent to Democratic House members, Pelosi says the vote “affirms the ongoing, existing investigation” and “establishes the procedure” for the rest of the impeachment inquiry.

While there is no Constitutional obligation to vote on impeachment resolutions, and as Federal Judge Beryl Howell puts it: “a House resolution has never, in fact, been required to begin an impeachment inquiry,” House Republicans believe the inquiry to be unauthorized.

“Speaker Pelosi is finally admitting what the rest of America already knew – that Democrats were conducting an unauthorized impeachment proceeding, refusing to give the President due process, and their secret, shady, closed-door depositions are completely and irreversibly illegitimate,” White House press secretary Stephanie Grisham claimed in her statement.

Pelosi admitted that the vote was being held due to Republican complaints, but House Democrats could have another reason for the formality: the tight deadline they are currently facing.

Based on The Washington Post impeachment inquiry calendar, testimonies are scheduled to run into November. With the formal vote coming this week and the depositions next month, plus the possibility of public hearings in the near future, a vote on impeachment could be put off until Christmas.

Following this timeline, if the House votes to impeachment by the end of the year, Trump’s trial would not start until January 2020. As Bill Clinton’s trial last five weeks, a month or so can also be expected for Trump’s.

With the entire process moving into February or March, House Democrats would eat up valuable time and resources during an election year.

As the inquiry has played out over the last month, Trump’s impeachment odds have been against him most of that time. Currently sitting at -170, Trump is expected to be impeached before the end of his first term in 2020.