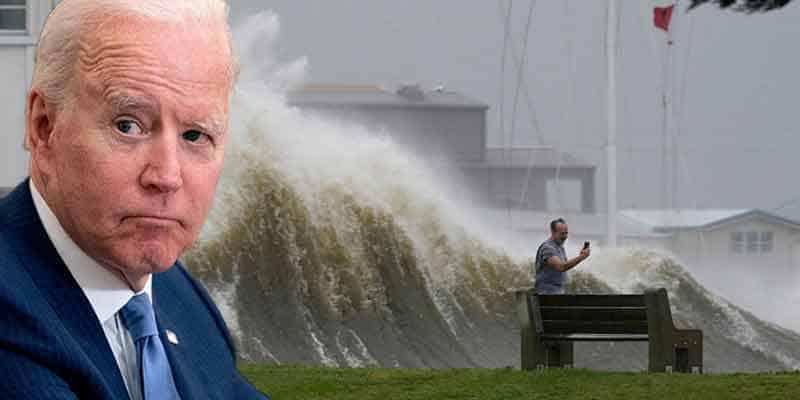 Hurricane Ida has torn through Louisiana at category 4 strength, leaving the entire city of New Orleans without power as of this writing. Ida landed eerily on the 16-year anniversary of Hurricane Katrina, and it is too early to tell if the level of catastrophe will be comparable.

Katrina landed on Louisiana’s shore’s during the second term of George W. Bush, and his response to the crisis is still debated and critiqued to this day.

Louisiana and New Orleans are largely dominated by voters that are registered as members of the Democratic Party, and thus, it could be expected that Biden could be treated with lenience from within the Bayou State.

While that logic is sound from inside a political vacuum, President Biden and his team are currently taking a pounding over their ongoing evacuation of US troops and allies in Afghanistan – and deservedly so.

Cool Joe has climbed to the highest peak in his political career thanks to a two-year-long campaign of blaming Trump. Now that Donald is out of the White House and plotting his revenge, there’s no one President Biden can point to but himself, and members of the GOP are beginning to pile on.

In spite of the damages caused by Hurricane Ida yesterday, combined with calls for the President’s removal from GOP lawmakers over the situation in Afghanistan, Impeachment odds for Joe Biden have remained at -1200, the same moneyline as last Friday at BetOnline.

His overall odds to win the Presidency again in 2024 also remain the same, with MyBookie and BetOnline actually favoring him over Vice President Kamala Harris by a margin of 50 points. Harris is favored to become the next POTUS and is 50 ahead of Biden with a moneyline of +350 at Bovada.

Any betting on Biden to be removed from office is countered with the unlikely scenario of a DNC-led US House finding him unfit for office, followed by a US Senate hearing led by top Democratic Party leadership declaring him guilty.

However, the 2022 midterm elections will be decided in November of next year, and campaigns are already gearing up for the Senate, House, and for state Governors around the nation.

Online sports betting sites are now offering US House election lines that indicate a Republican majority is imminent in 2022, and the odds for control of the US Senate are dead even.

The results of the midterm elections will play a major role in shaping the remaining two years of Biden’s first tenure in the Oval Office, but even those US Congressional odds could be negatively impacted if the President and his team continue to show weakness.

The next few days will reveal Biden’s poise and strength, or lack thereof, as he weeds through two major crises that both demand 100% of his focus.

The President’s supporters and opponents will be watching closely with a critical eye because both sides of the aisle have popular candidates standing in the waiting, ready to assume command if called upon.