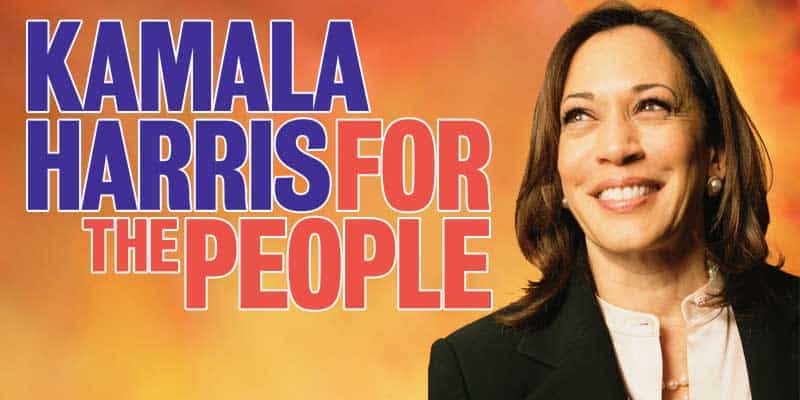 With her soaring popularity and first-quarter numbers already at $12 million, many expected Sen. Kamala Harris to eclipse her January-March total.

However, when she released her fundraising marks for April-June, Harris earned slightly under $12 million, less than the previous quarter.

So far, her lackluster second-quarter fundraising has not affected her position as the favorite to win the party’s nomination. Currently, Harris has the best odds to win the 2020 Democratic nomination at +225, according to Bovada sportsbook.

Following a strong showing at the first Democratic debates in June, highlighted by her exchange with former Vice President Joe Biden (+375), Harris quickly secured over $3 million just days after the event.

Sanders and Warren have dismissed such events, focusing on grassroots donations for their fundraising totals instead.

Despite these low numbers, there are some bright spots for Harris.

First, Harris received contributions from 279,000 donors in the second quarter. Of those, 150,000 were new campaign donors.

Second, Harris is still doing well in the polls. In a CNN poll taken after the first debate, Biden’s numbers fell from 32% to 22% while Harris’s numbers increased from 8% to 17%.

Harris is not the only woman doing well as a Democratic candidate; Warren more than tripled the $6 million she raised in the first quarter.

Only Mayor Peter Buttigieg (+550) and Biden raised more in the second quarter than Warren’s $19 million, totaling $24.8 million and $21.5 million, respectively.

Until then, here are the odds for the Democratic nomination in 2020.