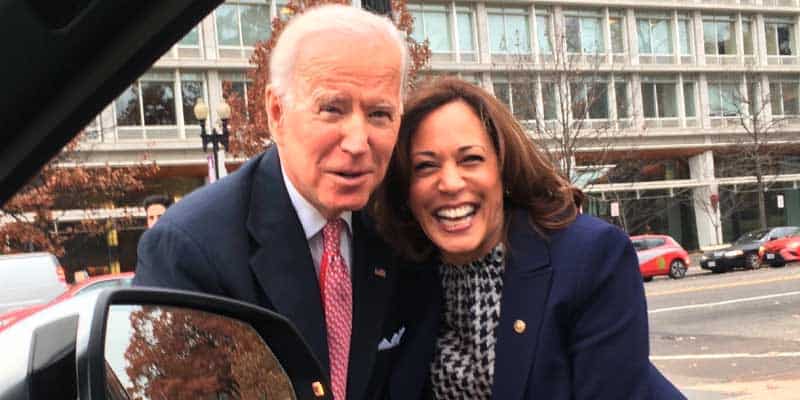 The Democratic presidential primary is mathematically over, and as of today, Joe Biden, the party’s presumptive nominee, is a slight underdog in the 2020 general election matchup versus President Donald Trump, the Republican incumbent.

According to the RealClearPolitics polling average, Biden holds a 6.3-point edge over Trump. Still, even insiders within the Democratic establishment are worried about the former Vice President’s “shaky at-best” presence whenever in front of a camera or public.

Perhaps more so than ever before, Biden’s pick for Vice Presidential running mate is vital to providing his campaign with some sort of spark. After committing to picking a woman as VP during the Biden vs. Bernie debate, oddsmakers released their opening futures on “Biden’s Biden.”

Odds of VP Kamala Harris opened as a favorite at most Vegas sportsbooks and bookies abroad. However, the California senator (and former 2020 Democratic favorite) had fierce competition in the eyes of oddsmakers, with Amy Klobuchar, Elizabeth Warren, Gretchen Whitmer, Stacy Abrams, and Michelle Obama seen as the other women with the best chance of being Biden’s pick for Vice President.

As of today, the combined average implied probability from sportsbooks’ 2020 Democratic VP betting odds indicate Kamala Harris has a 33% chance to be Joe Biden’s running mate —  a bet on any other candidate has a less than 20% probability of winning.

To help new bettors learn how to bet on politics, below is a breakdown of the “best value” any wager that can be placed on the odds for Joe Biden’s VP pick.

Shopping for lines is crucial to returning a profit because the amount of money you can potentially win varies from book-to-book due to the amount of public action that’s wagered on a given candidate.

You always need to find the “worst odds” to receive the best payout on any winning bet. Here’s an example using Harris’ favored chances:

Based on the current betting odds offered by each book, Bookmaker.eu is the clear choice for a wager on Harris since their odds (+215) provide the most return on investment ($100 + $215).

In just this one example, the difference between shopping and betting on Harris at Bookmaker.eu instead of BetOnline means you would win $215 instead of $100 for an identical $100 wager if she’s Biden’s VP.

Shopping for odds on every Vice Presidential candidate is essential to understanding both their chances and the most amount of money a winning bet can win.

Biden will likely announce his running mate in July or August if FiveThirtyEight’s historical data is any indication.

With only a couple of months until then, we’ve included the highest-valued odds on each of Biden’s potential selections, so you can be sure that your bet gets the best bang for its buck.

The full boards from each online sportsbook immediately follow and remember: Oddsmakers do accept requests, so if your VP bet isn’t listed, just ask because they do price match the odds found at other betting markets.