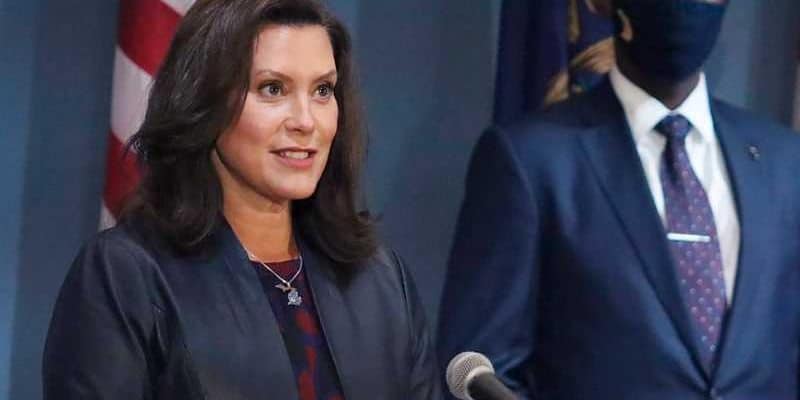 Yesterday, a group of thirteen people were rounded up by federal and state law enforcement officers and charged with plotting to kidnap Michigan Governor Gretchen Whitmer and storm the walls of the state capitol building in Lansing, MI.

The group now faces several felony charges that indicate they were intending to jumpstart some sort of civil war in the United States that would be prompted by their actions toward Governor Whitmer.

Today, it would seem that the most important issue is how we label this group of thugs, with each side of the political aisle aiming to apply their preferred moniker to these thirteen individuals.

Many major outlets that ran stories on the foiled kidnapping labeled the group as a “militia” in their headlines, and Whitmer has taken to Twitter to express her displeasure at that designation.

Words do indeed matter, and interested parties in the GOP and DNC are prepared to scrap over how these scumbags are labeled. Clearly, Gretchen and the Democratic Party prefer to call them a “domestic terrorist group,” as opposed to a militia.

What’s the big deal? A militia and a terrorist group are both armed collections of people that intend to impose their will through violent and/or subversive means.

The problem is that the term militia has been attached to alleged white supremacy groups that are armed and ready to mobilize.

During the first Presidential Debate, Trump was heavily criticized for not condemning white supremacy groups and militias when asked.

Most major news outlets in the United States lean toward the left and have been largely critical of President Trump’s administration, so it can be assumed that the label of militia being attached to these potential kidnappers was unintentional.

Regardless of intention, the Republican Party is pressing for the militia tag to stick for the purposes of revealing to American voters that these types of entities follow the ideologies of not only the right, but the left as well.

In a conference call yesterday, Governor Whitmer actually referred to the group as a militia twice, suggesting that DNC leadership must have huddled and changed course at some point last evening.

President Trump was expecting a thank you for the efforts of federal officers, but instead, Whitmer has thrown shade at the Donald, suggesting that he is a white supremacist.

Trump wasn’t shy in his response, stroking a triple-tweet that denounces everything that is and ever will be Gretchen Whitmer.

Governor Whitmer of Michigan has done a terrible job. She locked down her state for everyone, except her husband’s boating activities. The Federal Government provided tremendous help to the Great People of Michigan. My Justice Department and Federal Law Enforcement announced…

…I do not tolerate ANY extreme violence. Defending ALL Americans, even those who oppose and attack me, is what I will always do as your President! Governor Whitmer—open up your state, open up your schools, and open up your churches!

Although it may seem strange for the President to be placing so much focus on Gov. Whitmer while Trump’s odds for reelection in 2020 are at an all-time low, every effort counts, and being able to refer to this group as a militia has the potential to make voters forgive his lack of condemnation at the debate.

With Joe Biden now way ahead of Trump in the political polls and the 2020 Presidential election odds, the GOP is trying to gain some traction, and this militia issue could be enough to turn the tide if played correctly.