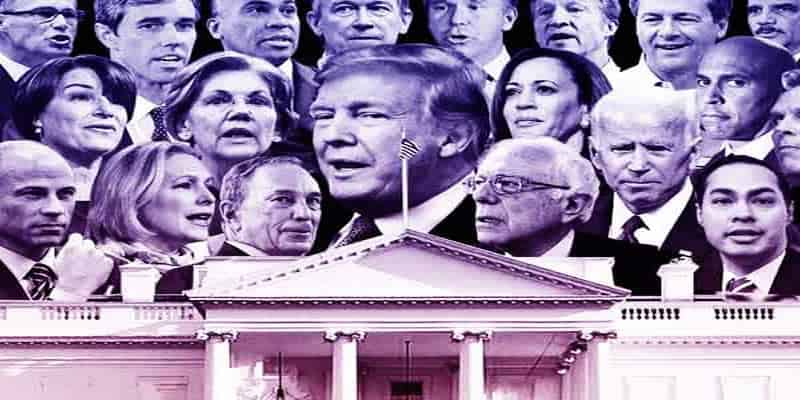 Several individuals have announced their run for the Presidency in 2020, others have hinted at the option and not officially announced.

As the potential field of candidates starts to firm up, presidential betting odds also start shifting from a list of speculative candidates to actual candidates. You can track the political betting odds in real time as candidates announce their campaigns here.

Massachusetts Senator Elizabeth Warren (D) announced her intention to form an exploratory committee, but no other suspected candidate has come forth to announce their run.

Numerous publicists assume Joe Biden (D) may announce his run for the 2020 Presidential election in two weeks. The former-Vice President to the Obama Administration recently spoke out and states that he believes he “is the best hope the Democrats have for beating Donald Trump”. Biden also told a Senior Democratic Official of his likeliness of running, Biden’s aides warned Biden to move quickly in the Democratic Primary.

However, rumors of pressure from party donors for Biden to announce his presidency before the end of January or risk losing their support have risen and are likely to determine the timeline of when, or if, Biden will announce.

Numerous Democratic are suspected to announce their intent to unseat the current Republican President, Donald Trump. Vermont Senator Bernie Sanders (I) is expected to make an announcement after his Democratic run for the Presidency in 2016.

Known for his appeal to youth and minority voters, Sen. Sanders has long supported education, protective environmental, and livable income policies which many Republicans consider too progressive and liberal.

Other potential candidates may include Hillary Clinton (D) who lost to Trump in the 2016 Presidential Election race after winning her party’s primary election against Sanders. Clinton offers years of experience as the former Secretary of State but may be considered too dated to appeal to voters. Nonetheless, a former aid shared with the Wall Street Journal that Mrs. Clinton would likely run again.

However, many Democratic voters have stated that they want to see someone fresh and new outside of the typical Biden, Sanders, and Clinton choices. Some voters have tried to convince former-State Attorney General turned California Senator Kamala Harris (D) to run for candidacy. Sen. Harris has recently launched massive social media advertisements and is nearing the release of her memoir, a classic move by presidential candidates – so there remains potential.

Another unexpected Presidential candidate could be former-Housing Secretary under the Obama Administration, Julian Castro (D). While not on many radars, Castro has made public statements with the intention to run saying he “will not be a single-issue candidate”. Castro is seen as a rising star within his party and supports Democratic ideals like those stated by Congresswoman Alexandria Ocasio-Cortez.

Other candidates could arise within the Republican party to challenge the incumbent President to be the party’s Primary choice for the 2020 Presidency. While these attempts are normally unsuccessful, Federal Prosecution litigations against Trump on Felony charges could have the Republican party turning to a new face. However, Trump can evade charges if elected a second term as the statute of limitations will have expired on his felony cases in New York.

Nevertheless, many voters can expect several diverse presidential candidates to run for office, many will include women, people of color, people of diverse ethnic and religious backgrounds, older individuals, and young ones as well. The official election for the 2020 Presidency will be held November 3rd, 2020.