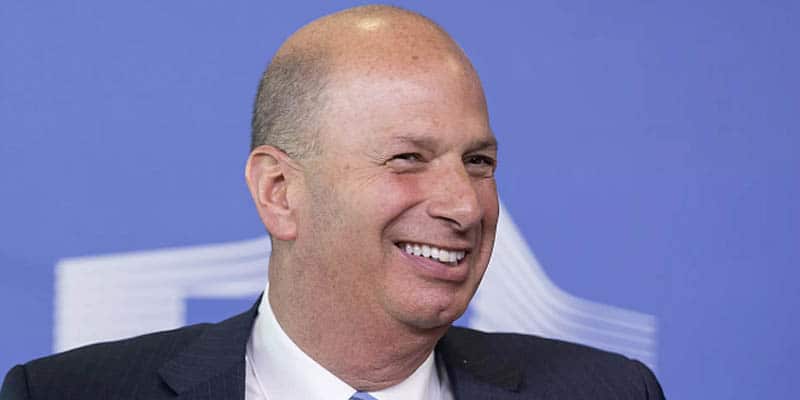 Originally barred from testifying before the US House of Representatives Joint Committee by the US Department of State, US Ambassador to the European Union Gordon Sondland will now appear before Congress next week.

Believed to be a key player in President Donald Trump’s alleged dealings with Ukraine that sparked an impeachment inquiry, Sondland now says he “looks forward to testifying on Thursday.”

In a statement released through his attorneys, the group mentioned that although the State Department directed Sondland not to testify, he will honor the subpoena.

Sondland’s initial call to testimony was scheduled for October 8 in private before three House committees. But, according to Sondland’s attorney, Robert Fisk, the US Ambassador received a phone call at 12:30 am ET Tuesday morning from the State Department ordering him not to testify.

Following the cancellation, Trump released a tweet saying that Sondland was “a really good man and great American,” but disallowed his testimony due to the committee being a “compromised kangaroo court.”

….to see. Importantly, Ambassador Sondland’s tweet, which few report, stated, “I believe you are incorrect about President Trump’s intentions. The President has been crystal clear: no quid pro quo’s of any kind.” That says it ALL!

House Intelligence Committee Chairman Adam Schiff expressed his frustrations with the Trump administration, claiming that the State Department was withholding information given to them by Sondland.

Regarding this information that Sondland turned over to the Department, Fisk says that his client cannot produce the documents under federal law since they now belong to the State.

“The State Department has sole authority to produce such documents, and Ambassador Sondland hopes the materials will be shared with the Committees in advance of his Thursday testimony.”

Along with Sondland next week, the committees are also expected to hear testimonies from former Russia adviser Fiona Hill, Deputy Assistant Secretary George Kent, and Counselor Ulrich Brechbuhl, if they are cleared to do so by Trump.

At the beginning of the inquiry, Trump’s impeachment odds were actually in his favor. Just a couple weeks ago, some sportsbooks even listed the chances of his impeachment at +175.

However, following the Ukraine and China controversies, Trump’s odds now favor his first-term impeachment at a -135 chance.

Luckily for Trump, his 2020 reelection odds still favor him above Democratic frontrunners like Elizabeth Warren and Joe Biden. The President’s impeachment could alter these odds, of course.