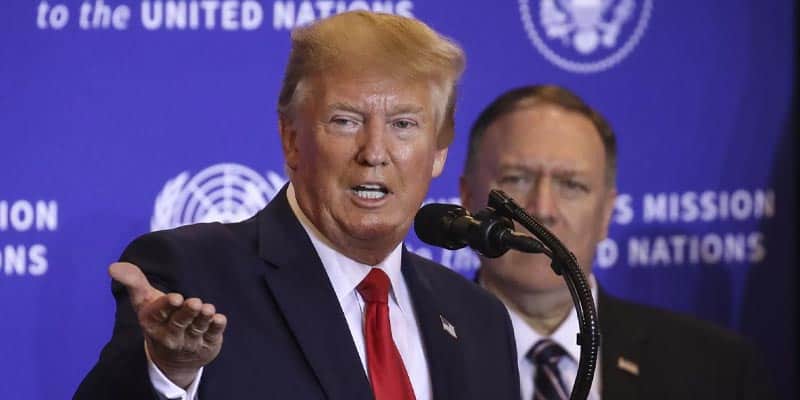 The odds of a President Donald Trump impeachment are starting to look more and more grim for No. 45.

However, after both the public betting markets and the oddsmakers had a chance to view the allegations, the odds for Trump’s impeachment spiked overnight.

Here’s where the odds currently stand:

Will Donald Trump be impeached before the 2020 Election?

Why? Well, because even throughout the entire Mueller report investigation, Trump’s odds of being impeached never reached these numbers.

With “Yes” now at +175 odds, the folks over at MyBookie are giving Trump a 32.39% chance of being impeached—the highest it’s ever been since his win in the 2016 Presidential Election.

It’s important to remember that impeachment only requires a vote in favor from the Democrat-controlled House vote, and with an official inquiry being launched by House Speaker Nancy Pelosi earlier this week, the chances of that happening are becoming more likely.

However, only the Senate, which is currently controlled by Republicans, can remove a sitting President, so it’s safe to say Trump may indeed be “safe” until the 2020 Election—and Trump’s still favored to win reelection.

Joseph Maguire, the current Director of the National Counterterrorism Center, testified before the House Intelligence Committee yesterday, but the release of the whistleblower complaint was the bigger of the two bombshells dropped.

The report from the whistleblower alleges that Trump not only pressured the Ukrainian President to investigate the Joe Biden’s family—while using taxpayer money as leverage by withholding military aid to Ukraine—but that the White House also attempted to cover up the phone call.

The result from all this? Trump’s impeachment odds seeing a significant increase, jumping nearly 13% in a single day.

So, while he’s still hanging on, for now, it’s beginning to look like Trump’s darkest days lie in front of him unless something drastic happens when something new comes to light.