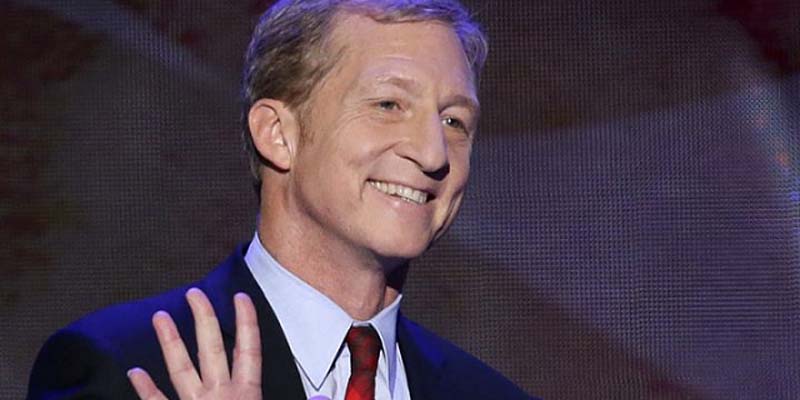 So much for cutting down the field.

After failing to qualify for the third Democratic debate—set this Thursday in Houston, Texas—billionaire philanthropist Tom Steyer met the thresholds set by the Democratic National Committee to participate in the fourth debate next month in Ohio.

Although he was able to amass over 130,000 unique donations, Steyer was only able to generate 2% support in three polls before the August 28 deadline for the third debate.

However, since the requirements for the third and fourth debates are the same, Steyer was easily able to reach the four-poll requirement set by the DNC. According to the CBS News Battleground Tracker poll published Sunday, Steyer received 2% support in Nevada.

Steyer also has 2% in the CBS News Iowa poll and the Monmouth South Carolina poll, along with 3% in a Monmouth poll in Iowa.

Steyer will join ten other 2020 Democratic favorites in October for the Ohio debate:

As the eleventh candidate to qualify for the fourth debate, Steyer forces the Ohio event into a two-night discussion, which could be good for the Democrats. With fewer candidates on stage per night, the presidential hopefuls will have more time to earn quality talking time and convey their ideas fully.

There could be a twelfth candidate joining the crowd in October: Hawaii Representative Tulsi Gabbard. The National Guard Major was able to reach the donor requirement but fell short of the polling threshold. But as Steyer has proven, it is still possible to make the Ohio debate.

The details for the fourth debate have not been released. Until then, the third debate can be watched on ABC, ABC News, or Univision on September 12. The debate will also be available for streaming via ABC’s app and website.

Prop bets for the debate in September have also yet to be released, but below you can find the full list of odds to win the Democratic nomination in 2020.