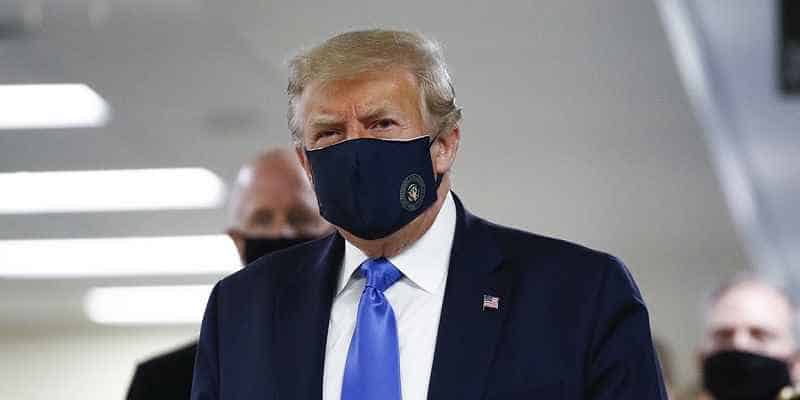 Trump All In Against COVID-19 and Dr. Fauci as His Reelection Odds Remain Low

It appears that President Donald Trump is running out of options to defend his reputation against the rising numbers of Coronavirus infections in many states across the country.

Despite the President wanting to move onward with reopening in an effort to reestablish many previously established rising economic growth indicators, several states are scaling back, opting to close down businesses once again to flatten the curve of COVID-19 infection spikes.

Somehow, Coronavirus prevention has become politicized. Ultimately, how a US state proceeds with the re-opening process is entirely up to its Governor.

For instance, Governor Ron DeSantis of Florida is a Republican and a vocal supporter of Donald Trump. Since Florida reopened for business on May 4, Coronavirus cases have risen significantly, but Governor DeSantis refuses to pull back, likely due to Trump’s stance of pushing forward.

Alternatively, Michigan’s Governor, Gretchen Whitmer, is a Democrat and is listed at many political sportsbooks as a potential Vice President choice of Joe Biden.

Michigan has stopped the reopening process in its tracks after experiencing a massive uptick in COVID-19 infections across the state. Although Michigan has around one-fourth of the number of infections as Florida, over two-thousand more people have died in the Great Lake State.

Despite this alarming difference in fatality ratios between Florida and Michigan, the focus of media outlets seems to be directed solely at the Sunshine State.

Either way, it would seem that precaution would be the best practice at a time like this, and that is exactly what Dr. Fauci, the director of the National Institute of Allergy and Infectious Diseases, is suggesting.

Now, President Trump has Dr. Fauci in his sights, directing harsh criticism toward him after he recently disagreed with many White House recommendations, according to CNN.

Trump’s administration marks the sixth Presidency that Dr. Fauci has served under, and is generally a respected authority at most major news outlets in the United States. Trump now feels that Fauci’s good press is serving to undermine his chances for reelection, and the two have reportedly not spoken in weeks.

Joe Biden was trailing behind Trump across the board as recently as February, but the betting odds have shifted over the past few months in the DNC candidate’s favor. Donald Trump remains a distant underdog, but the odds have stabilized over the past two weeks. The following political odds below have been provided by Bovada Sportsbook.

One of Trump’s talking points regarding keeping the country open is the number of tests that are conducted in the USA. Because the United States has offered more tests, the numbers are significantly higher than countries where testing was not done as thoroughly.

In essence, had other countries been as efficient as the United States in their testing strategies and used similar technologies, their rates would be as bad or worse than ours. Fair enough, but some officials, including Trump, have suggested that citizens stop getting tested altogether. Why? Because it is hurting his reelection chances.

Regardless of who you side with, Trump or Fauci, it is clear that cases are on the rise, and that we don’t know the full extent of the effect of COVID-19 on the human body. A healthy dose of precaution is the best method of prevention.