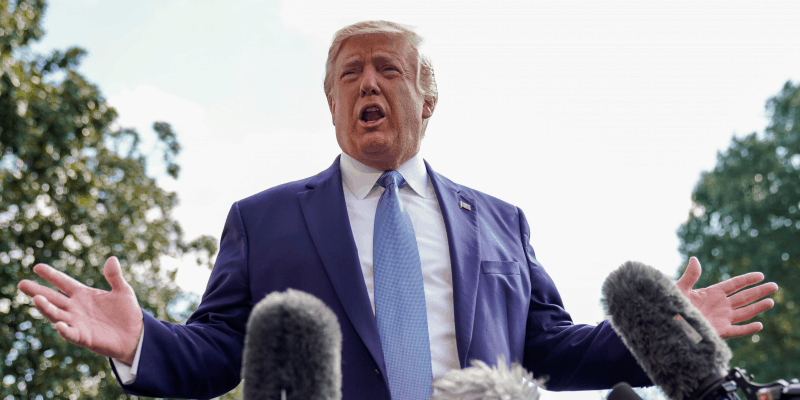 Odds Show 90% Chance Trump Will Be Impeached By House Dems

If the latest impeachment betting odds hold true, then a majority of the House of Representatives approving the two pending articles of impeachment against President Donald Trump is about as close to a “safe bet” as you’ll ever see.

House Democrats, which control a majority in the lower chamber, have scheduled a floor vote on Trump’s impeachment for Wednesday, Dec. 18.

However, representatives from both parties are allowed to speak before an official vote is cast. If the debate extends into the late hours on Wednesday, then a floor vote is expected to be held no later than Thursday, Dec. 19.

According to the late-October vote count for the resolution formalizing the House impeachment inquiry, a total of 230 Democrats plus 1 Independent voted “Yes” while only 2 voted against, siding with the 194 Republican who voted “No.”

While there are reportedly some potential Democratic defections, there’s virtually no chance more than just a handful chooses to side with the Republicans on Trump’s impeachment, which why his odds of getting impeached are now at an all-time high.

Will Donald Trump be impeached by the House in his 1st term?

With -1400 odds, the oddsmakers believe the House vote to impeach Trump has a 90.37% chance of passing and heading to a Senate trial. On the other hand, a majority of the House voting against impeachment received +650 odds, which indicates only a 9.63% chance of actually happening.

It’s worth noting that while it’s extremely likely we’ll see Trump impeached by the House in his first term, the oddsmakers also predict there’s virtually no chance that the Senate, which is controlled by Republicans, convicts the president and removes him from office.

If the House votes “Yes,” then Trump would become the third president in US history to receive a majority of representatives voting that he is guilty of “treason, bribery, or other high crimes and misdemeanors” as defined in the Constitution.

Only Andrew Johnson and Bill Clinton have been impeached by the House—Richard Nixon resigned from office before a floor vote—but no sitting president has ever been removed from office through the impeachment process, and it’ll likely remain that way, according to the removal odds.

But surviving impeachment will most likely benefit Trump’s 2020 reelection odds, but it’s difficult to determine whether this will 100% be the case since the impeachment process has never occurred during an election year.

However, Trump, the Republican incumbent, has remained the favorite throughout the year and is currently listed at +100, according to the latest 2020 election odds, which indicates he has a roughly 50% at winning next year’s election.

For comparison: Joe Biden, his next closest challenger, has +600 odds, which is only a 14.29% implied probability of winning the White House.