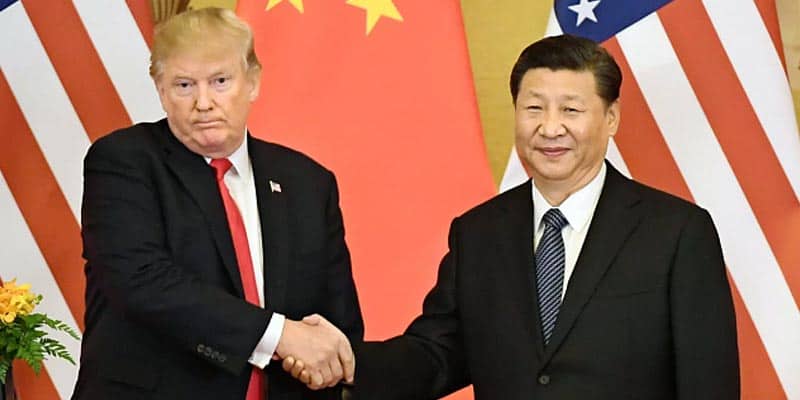 President Donald Trump said China executed “one of the greatest thefts in the history of the world,” in regards to trade back in 2015. But could his trade war with the Chinese also be costing him a chance at reelection in 2020?

Within the last couple of weeks, Beijing introduced $75 billion in new tariffs on US goods following Trump’s $300 billion in tariffs on Chinese imports.

Not to be outdone, Trump responded on Twitter by planning to raise the tariffs on a combined $550 billion of Chinese goods with varying tax rates.

For many years China (and many other countries) has been taking advantage of the United States on Trade, Intellectual Property Theft, and much more. Our Country has been losing HUNDREDS OF BILLIONS OF DOLLARS a year to China, with no end in sight….

….Sadly, past Administrations have allowed China to get so far ahead of Fair and Balanced Trade that it has become a great burden to the American Taxpayer. As President, I can no longer allow this to happen! In the spirit of achieving Fair Trade, we must Balance this very….

…unfair Trading Relationship. China should not have put new Tariffs on 75 BILLION DOLLARS of United States product (politically motivated!). Starting on October 1st, the 250 BILLION DOLLARS of goods and products from China, currently being taxed at 25%, will be taxed at 30%…

…Additionally, the remaining 300 BILLION DOLLARS of goods and products from China, that was being taxed from September 1st at 10%, will now be taxed at 15%. Thank you for your attention to this matter!

These new tariffs will actually cost average Americans a pretty penny: $1,000 per year according to JP Morgan.

Not only is the trade war costing Americans pocket money; it’s costing some their whole livelihoods. American farmers are struggling to sell their soybeans, pork, and wheat as China is now looking at farms in Brazil and Canada for their agricultural needs.

These numbers directly contradict Trump’s July tweet claiming that American farms were doing better than they had in the last 15 years.

Farmers are starting to do great again, after 15 years of a downward spiral. The 16 Billion Dollar China “replacement” money didn’t exactly hurt!

If Trump continues to cost his fiscally conservative supporters more money, he could lose support across the board and his odds will slip even more.

For his voters that wanted a savvy businessman in the White House to fix the economy, the market is starting to appear a bit shaky ahead of 2020. Below are the odds for Trump and all of the candidates receiving odds to win the presidency.