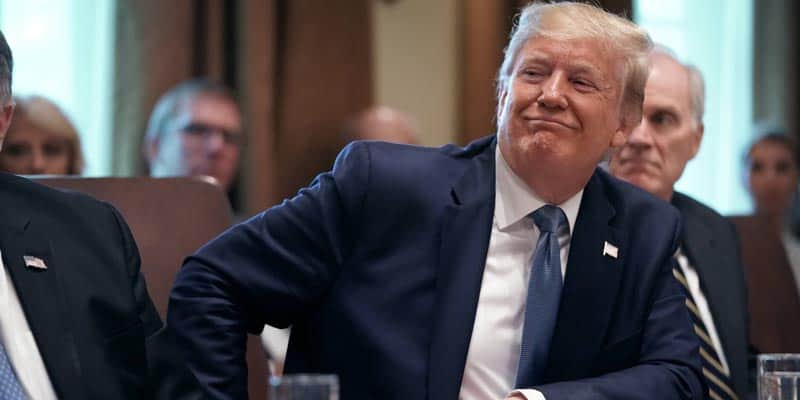 What do a coin flip and the future of American politics have in common? A 50% chance of going either way.

Despite the numbers favoring President Donald Trump’s impeachment at -150 odds less than two weeks ago, the chances are now sitting at a 50/50 shot.

This is the first day that Trump’s chances of impeachment were not against him since the beginning of October. Strangely enough, the tilt in odds comes one day after the fourth Democratic debate in Ohio.

However, despite all 12 Democratic hopefuls supporting the impeachment of Trump, the change in the odds becomes even more interesting as many of the White House’s top aides and advisers are testifying in the impeachment inquiry this week.

The first official to cooperate with the inquiry was former Russian adviser Fiona Hill on Monday. During her testimony, Hill told members of Congress that she had two meetings National Security Council lawyer about Rudy Guiliani’s attempts at convincing Ukraine to investigate the Biden family.

After Hill, deputy assistant secretary of state for European and Eurasian Affairs George Kent testified behind closed doors for 10 hours on Tuesday. Kent was originally blocked from appearing by the Trump administration’s lawyers but complied after the House Intelligence Committee subpoenaed him.

Kent expressed concerns over Giuliani’s role in the Ukraine scandal. According to one lawmaker, Kent told the committee that Trump was listening to Giuliani and his efforts to smear Joe Biden on fabricated charges.

“He was concerned at the undue influence a private attorney — not an official with the United States government and not someone charged with the responsibility of U.S. relations with Ukraine — was exerting,” Rep. Gerry Connolly told reporters after the Kent deposition ended.

The next official set to testify is Michael McKinley, formerly a top adviser to State Secretary Mike Pompeo. McKinley, who resigned last week, plans to tell investigators he left his post due to the Department’s leadership and their lack of support for career foreign service officers.

President Trump has not gone blind to the testimonies. Earlier today, Trump tweeted that the inquiry was a “witch hunt” and “Radical Left Dems have No Case.”

Republicans are totally deprived of their rights in this Impeachment Witch Hunt. No lawyers, no questions, no transparency! The good news is that the Radical Left Dems have No Case. It is all based on their Fraud and Fabrication!

Oddsmakers do not currently have any 2020 Presidential Election odds posted on Bovada. However, since he was the favorite despite higher impeachment odds yesterday, it is likely Trump will remain atop the odds once they are posted again today.