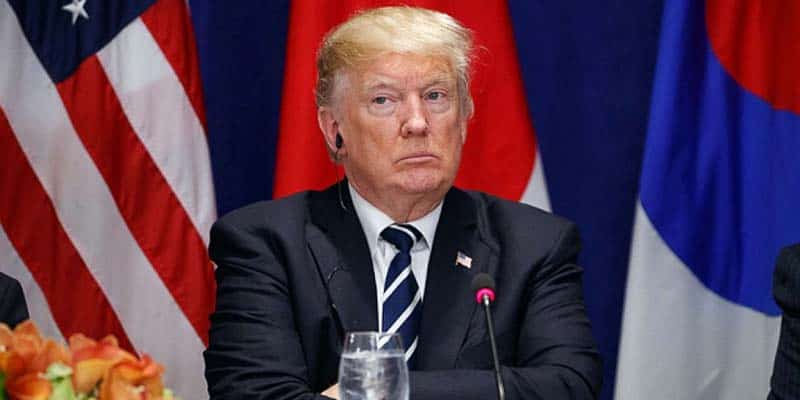 One huge portion of the impeachment process has concluded.

“I don’t see anything scheduled for this weekend, next week. But I don’t know about past that,” Krishnamoorthi told NBC News. “My understanding is that we would produce a report to submit to the Judiciary Committee. And then it’s up to them to decide the next steps.”

So what are the next steps Krishnamoorthi mentioned?

After the reports from Republicans and Democrats are reviewed by the Judiciary Committee, the body will determine whether or not to draft articles of impeachment and the trial would begin.

It is possible that the articles would be drafted and sent to the House by Christmas. If this were the case, House Democrats have expressed a desire to vote on impeachment before the end of the year.

Based on oddsmakers’ predictions on Bovada, Trump’s impeachment chances are the highest they’ve been since the beginning of the impeachment inquiry. The President is now favored to be impeached with -275 odds.

As for his chances of not being impeached, the +200 odds convert to just under 30%.

Earlier this week, Trump’s odds were at their previous high: -210 he would be impeached during his first term.

An impeachment by the House does not constitute immediate removal from office. To add a bit of perspective, an impeachment of a President is similar to just being charged with crimes.

If impeached, Trump will only be the third United States President to do so. The other two, Bill Clinton and Andrew Johnson, were both acquitted without being removed from office.

Trump could also be acquitted. After charges are brought against a President, the trial moves to the Senate to be voted on. According to Senate Majority Leader Mitch Mc­Connell, Trump is likely to be acquitted by the Republican-majority Senate.

So while Trump could be the third President to be acquitted of his charges, he could become the first to ever be impeached but also reelected for a second term come next year.

The political betting odds for a win in the 2020 election are the best in the field. Oddsmakers at Bovada give Trump +130 odds next year. The next closest candidate, Sen. Elizabeth Warren, only has +550 odds.