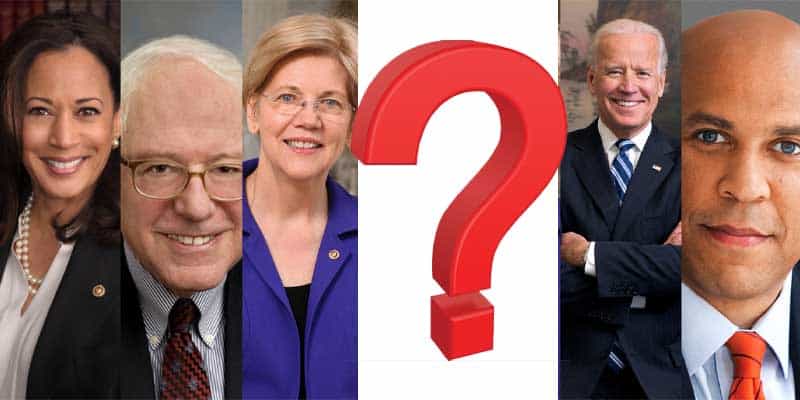 Who’s in, who’s out: Democrats try to keep their 2020 odds alive ahead of 3rd debate

To qualify for the third debate, candidates must reach 2% in four national or early-state polls and must have 130,000 unique donors with 400 donors in 20 different states before the August 28 deadline.

As of right now, only nine candidates have made the cut for the Houston debate on September 12:

With two weeks until the deadline, a few more candidates have a chance to meet the qualification requirements.

Former Secretary of Housing and Urban Development Julián Castro (+5000) has already met the donor requirement and only needs to hit 2% in one more poll. Rep. Tulsi Gabbard (+2500), who is currently on active duty training for the National Guard, has also reached the donor mark, but only has 2% support in one poll.

Activist Tom Steyer (+10000) did not enter the race until early July but has already surpassed 130,000 donors. Steyer only needs to 2% in one more poll to make the third debate.

If Castro, Gabbard, and Steyer all make the debate, a 12-candidate field would leave out many notable names.

Sen. Kirsten Gillibrand (+15000) is a longshot possibility to make the cut, having earned 2% in one qualifying poll and needing less than 30,000 donors to reach the threshold.

We're one month away from the fall debates—and we need fewer than 30,000 donors to help us get there. This campaign is about listening and lifting up voices that haven’t been heard for too long. Chip in to keep our momentum going: https://t.co/l1OODhrlok

On the other hand, candidates that do not qualify for the third debate may call their campaign quits, similar to Rep. Eric Swalwell after it became apparent that he would not make the second debate.

The third debate will be September 12 and 13, assuming more than 10 candidates qualify, at Texas Southern University in Houston, Texas. The event will be aired on ABC, ABC News Live, and Univision.

For a comparison of all the candidates’ odds of earning the Democratic nomination, a list is provided below.