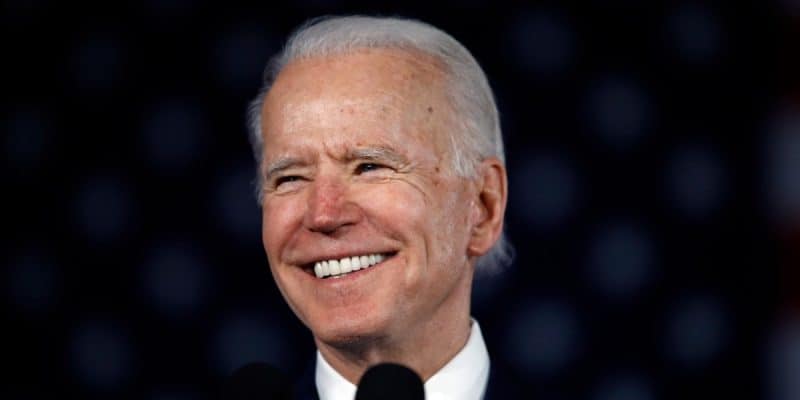 The primary takeaway from Super Tuesday is the road to the 2020 Democratic presidential nomination is now much clearer.

Now, the primary is a two-candidate race: Joe Biden vs. Bernie Sanders.

Joe Biden’s odds of winning the nomination for the Democratic Party are now -450 (or 2/9), with an implied probability of approximately 78% following the results from Super Tuesday on Mar. 3.

For bettors, a $4.50 wager would win $1 if Biden becomes the Democratic nominee to face President Donald Trump, the Republican Party’s presumed nominee, on Tues., Nov. 3 for the 2020 general election.

The odds for Bernie Sanders, who was favored to win the nomination in the week prior to Super Tuesday, are now listed at +400 (4/1), giving the Vermont senator about an 18% chance and paying out $4 for a $1 bet if graded a winner.

Before results were reported on Super Tuesday, Biden narrowly edged out Sanders to re-take his position as the Democratic nominee betting favorite.

According to Bovada sportsbook, Biden was listed at -140 before the results came rolling in Tuesday night, giving the former Vice President a 53% implied probability.

Sanders became the underdog when voters headed to the polls for the Super Tuesday elections, checking in at +175 for a 33% chance to win the nomination.

Let’s take a look at how Bovada bettors faired, based on the Super Tuesday betting predictions. Current voting result totals from the Associated Press and the bet that paid out for Super Tuesday are included below.

The big winner from the Super Tuesday odds is unquestionably Joe Biden, who was projected to finish with six of the 14 states but ended with nine primaries won.

Biden was also a slight underdog (-105) to Sanders (-115) in for the Texas primary and managed to win 33.6% of the vote in the Lonestar State on Super Tuesday.

While the former VP may have won big, the Vermont senator by no means lost.

Most of the states where he finished 2nd were close, and Sanders’ decisive victory in California (-1500) with 33.6% of the vote—winning by roughly 260,000 votes currently—keeps him within striking distance once all the Super Tuesday votes are tallied, and delegates are awarded.

Time will tell whether #JoeMentum is real, but the race going forward may depend on what the other candidates do going forward.

Bloomberg’s odds never could quite see over the podium, coming up just short of getting installed as the Democratic favorite.

And after placing a bet worth a total of $570 million, no bettor alive lost more pocket change than Bloomberg on Super Tuesday.

Whether you won or lost money on @PredictIt @smarkets for any #SuperTuesday betting market tonight, remember this 👇@MikeBloomberg lost the biggest bet of the night, checking in at ~$500 million spent on ads for the American Samoa win 💰

Or as @realDonaldTrump would say pic.twitter.com/23ruHfmD1d

After he was crowned the winner of the American Samoa caucuses with 49.9% of the vote, his delegate total comes to 53 delegates, according to The Guardian at the time of writing.

Aside from the fact that he spent $10,754,716.98 per delegate—and that Hawaii Rep. Tulsi Gabbard probably didn’t spend one percent of that on her American Samoa delegates—the main question going forward now falls on Sen. Elizabeth Warren, who didn’t finish above third in any state, in her home state of Massachusetts.

And after Bloomberg dropped out and endorsed Biden Wednesday, it appears Warren is at a crossroads.

Sanders could very well still win the nomination, but he needs a life raft. New York Rep. Alexandra Ocasio-Cortez gave the “Not Me. Us.” progressive moment its best chance following Sanders’ heart attack in the fall.

Only time will tell whether Warren throws Bernie a life raft, or whether she hops on board the establishment’s yacht, drowning any chance of a comeback.

As far as a brokered convention goes, the odds do not favor a contested nomination for the Democratic Party.

*Graded winner: If the Democratic convention requires more than one ballot to choose its nominee for President then Yes will be graded the winner.

President Donald Trump’s reelection odds remain favored at -145, giving him a roughly 54% chance to win a second term in the White House.

As for the rest of the 2020 presidential election odds board, a complete list of the updated political futures after Super Tuesday can be found below.