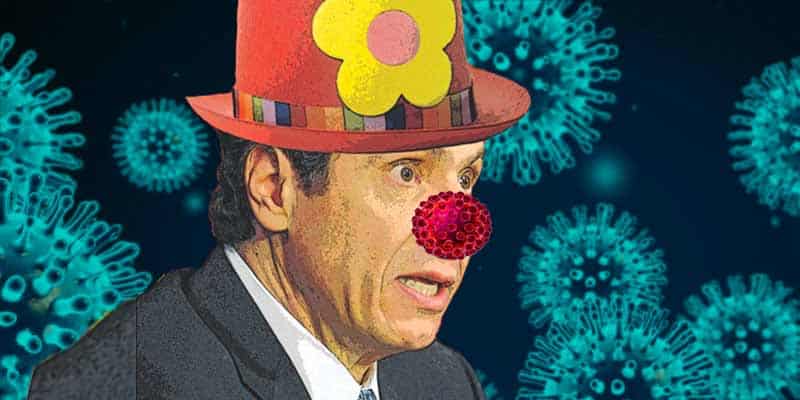 These days, the only thing spreading faster than the coronavirus is the quarantine fever for stern, fresh-out-of-the-shower, clean-cut, middle-aged men.

The proof is in the parent’s pudding: “Govern me, daddy” merch is here for Kentucky Governor Andy Beshear, but what about another sexy leader during the pandemic? Maybe one from the state where the corporate media capital has been hit hardest in the United States?

Money from political bettors has been coming “all-in” one potential Democratic candidate, according to the updated 2020 US presidential election betting odds at BetOnline sportsbook.

New York Governor Andrew Cuomo’s odds opened today as the new overall favorite to win the general election on Tuesday, November 3, 2020 — and become the 46th President of the United States.

President Donald Trump, the Republican incumbent, had been the unanimous favorite to win re-election as of Monday and throughout much of this primary cycle.

However, it appears gamblers are now ganging up and banging Cuomo’s betting line like never before. But hey, don’t blame political betting sites or prediction markets for the NY governor’s potential to penetrate the race and erect his chances of becoming POTUS from a national emergency.

Bettors are just basing their wagers on discussions of ditching Joe Biden that’s happening publicly between elite high rollers on Wall Street and in the party establishment. As a result, the 2020 arrival of “I Voted Cuomo, Daddy” swag is a pretty safe bet.

Instead, you can sleep more easily on April 1 (depending on your side of the political bed), knowing Trump’s odds of winning re-election in 2020 are favored at BetOnline and every online sportsbook we’re tracking for the presidential and political betting lines.

At -110, Trump leads the pack and has a 48% implied probability of winning a second term in the White House. On April Fools Day, a $110 wager on Trump would pay out an extra $100 if the incumbent surpasses 270 electoral votes needed to win the presidency on Election Night 2020.

If you’re still ridin’ with Biden after recent surprising but predictable events, then a $100 bet would win $125 if he somehow limbs over the finish line on November 3.

Cuomo’s chances of winning are quite literally a joke unless the DNC establishment fools favor heads rolling like the French Revolution.

Look, fat. Here’s the deal, New York. The fact of the matter is that even CNN’s Chris Cuomo, the NY governor’s brother, recently tested positive for COVID-19.

“We do not have the testing data to make real sense of our reality beyond what we know is the face of [coronavirus] for an overwhelming number who get sick,” says @chriscuomo. “That face is mine. I tested positive.” pic.twitter.com/NmkAyAx9KW

And you know what? The last thing America needs right now is “Grilled Coronavirus Fredo-ccine Al-Fredo” being served as the main course at the White House. The better bet is clearly Biden’s mouth malarkey-stained mittens.

To Biden: Cough into your elbow. Stop rubbing and scratching your face like you just took a hit from one of Walter White’s fresh batches of blue crystal. And maybe just hide out for a while if you can only do an interview while reading from a piece of paper.

Given the bleak worst-case 30% unemployment scenario facing America today, there’s only so much rigging of “Democratic” election processes that can take place before the majority of voters say enough.

The most likely matchup for 2020 remains Trump vs. Biden, with the Number 45 favored to dump on the former VP — but at least presidential prop bets for the debates have the potential to be popcorn and Corona Extra beer worthy.

Unfortunately, the Democratic Party establishment, electorate, and corporate cable news pundits continue to fail to see the obvious for how betting on Bernie Sanders’ odds to beat Donald Trump is the only viable card to play.

But the Vermont senator hitting the 1,991 delegates needed to secure the Democratic presidential nomination is unlikely considering he’s down to Biden by more than 300, according to the delegate count for 2020 state primaries so far.

However, if Bernie can pull a Cinderella upset in the primary and faceoff against Trump in the Dig Dance, then a $100 bet on his +2500 odds would win $2500.

Unfortunately, the clock favors the April Fools of American politics to strike midnight on Bernie-rella in 2020.

When his betting chances are converted to an implied probability, oddsmakers give Sanders a roughly 3% chance to attend the President’s Ball in January 2021.

So, unless you’re aboard the Trump train, ridin’ and dyin’ with Biden, or want Cuomo to spank you, the choice to cover your clown bets is clear on April Fools Day 2020.

As Nina Turner, Sanders’ campaign manager, has frequently said about Bernie: “There are a lot of copy cats, but only one original.”

If true, then Bernie is the one true “Daddy” after all. So, in the words of Cardi B: “Vote for Daddy Bernie, bitch!”

Who remembers when @iamcardib endorsed Bernie Sanders for president?#DaddyBernie pic.twitter.com/0GaJzsr8cM

Stay safe out there on April Fools Day, everyone. And in the more recent viral words of Cardi B: “Coronavirus! Coronavirus! I’m tellin’ ya! This shit is gettin’ real! Whoa!”